Warning: "continue" targeting switch is equivalent to "break". Did you mean to use "continue 2"? in /home/xpressv1/public_html/wp-content/plugins/revslider/includes/output.class.php on line 2941
 Woah! Roshni Sahota turns producer - Xpress Vids

Gurmeet’s dance videos on insta will make you groove! 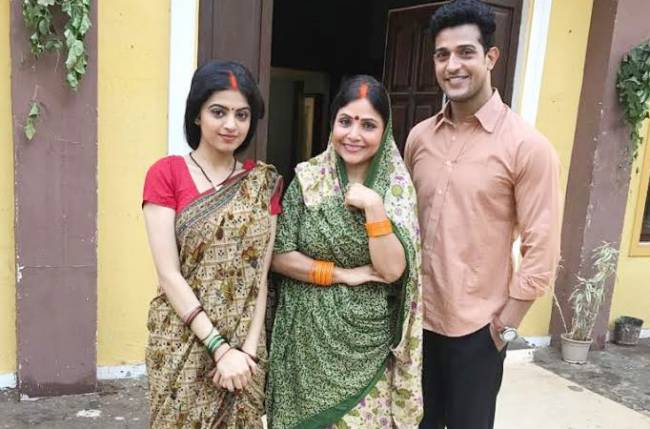 Lovely actress Roshni Sahota, who is currently seen as Surbhi in Colors’ popular daily Shakti Astitva Ke Ehsaas Ki (Rashmi Sharma Telefilms) is a multi talented girl.
Having impressed the audience with her acting skills, the actress has already turned a producer. Yeah, Roshni is currently producing a web series in which she is playing the titular role.
It’s a horror series titled Chanda, that can be watched on her Youtube channel Pravah Entertainment. The team is currently shooting for the fourth episode of the series, which is scheduled to be released by the end of this month.
In a candid conversation with Roshni shared about her experience and a lot more about her movie. Excerpts from the chat –
Talking about the story and her role in the series, Roshni told us, “The story is scary and based on a true event. I am playing the ghost Chanda and it’s been an amazing experience and the response too. Now we are active on social media platforms too and connect with fans by doing live videos.”
Having explored the horror genre with this series, we asked Roshni as what other genre that she would like to try her hands on now. She replied, “May be something romantic or a romantic thriller but we will never leave the horror genre. Web series are mostly made into comedy or romantic genre so we will stick to horror genre.”
Acting in Shakti, producing the web series along with shooting with it. Phew too much work! We asked Roshni as how she is going with her multi tasking skills. She said, “I am big time all rounder! Right now I am focusing on my acting. There are two more producers ( Kuldeep Singh and Harshla) associated with the series so they are looking after that part. I have given my inputs in terms of monetary, knowledge and links in the industry that makes things easier. I have got to learn so many new things after turning a producer and it’s a long term investment for me.”
Good luck Roshni.