Warning: "continue" targeting switch is equivalent to "break". Did you mean to use "continue 2"? in /home/xpressv1/public_html/wp-content/plugins/revslider/includes/output.class.php on line 2941
 Hina Khan and Surbhi Chandna roped in for Naagin 5? - Xpress Vids

Hina Khan and Surbhi Chandna roped in for Naagin 5? 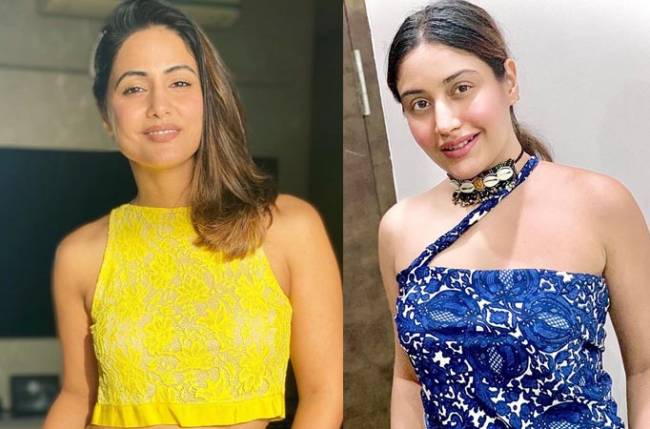 Naagin 4, starring Nia Sharma, Vijayendra Kumeria, and Rashami Desai, will be filming its final episodes soon. The show was pulled down because of average ratings, and Ekta Kapoor took the responsibility for it and said that she did not pay attention to the script. She also announced Naagin 5 in the same video.

The producer and her team have cast two of the most prominent and famous faces of the television industry. Sources close to the industry shared, “Ekta has apparently finalised Surbhi Chandna, Ishqbaaz fame and Hina Khan to play Naagins in the fifth season. They were looking for a fresh yet famous face to carry on the Naagin legacy and both these ladies enjoy a massive social media following and are extremely famous amongst the Indian audiences.” It is a known fact that Ekta wanted to rope in Hina for the show in the fourth season but things didn’t work out.

Ekta’s decision to cast Surbhi and Hina, the two most familiar faces of the TV industry, will definitely bring more success to the show. But, we also hear that Hina and Surbhi are yet to give their nods to it and the discussion is ongoing. The drama series has seen four successful seasons.