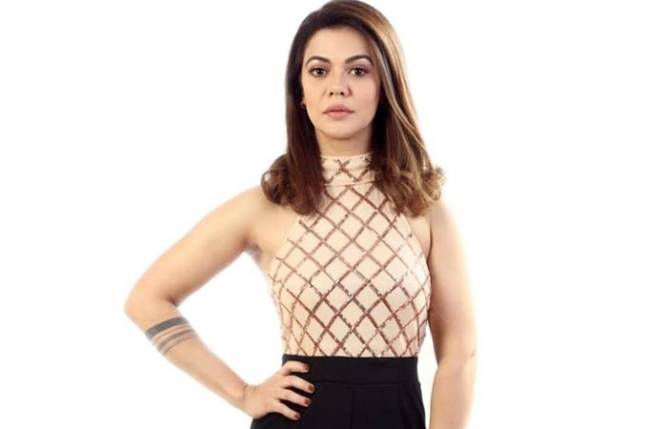 MUMBAI: The pretty and petite Shweta Gulati is back to tickle the audience’s funny bone with ALTBalaji’s Boo… Sabki Phategi. In a candid conversation with xpressvids, Shweta revealed her excitement about the web-series and said, ‘Since it was my first project with Balaji, I was quite excited as to how it will unfold, but thankfully, it was a great experience to shoot with the stellar cast. I had already worked with Kiku, Krushna, and Vipul, but shooting with rest of the cast including Tusshar and Mallika was a lot of fun.’

We asked the actress if she felt insecure being a part of a multi-starrer project as there is always a question about screen space while doing such projects, and she said, ‘Not at all. I believe all of us took this project after listening to the script, and all the actors had clarity over their roles. Thus, there were no space for being insecure as all knew what we were supposed to do in the show and how much screen space we will get.’

Talking about being a part of a comedy show, Shweta said, ‘It is my 7th comedy project. I believe I have established myself as a comedy actress, and that’s the reason why I’ve been receiving comedy roles.’

On being asked about what is more fun to perform, romantic or comedy, she said, ‘I believe theatre is more fun than romantic, comedy, or web shows. Having said that, I also like doing romantic shows. My chemistry with actors has really clicked with the audiences. It’s been so many years, but still, the audience remembers Ranveer and Tia’s chemistry. Also, my pairing with my other co-actors has received a lot of appreciation.’

Well, we hope to see you in a romantic love story again, Shweta.