Warning: "continue" targeting switch is equivalent to "break". Did you mean to use "continue 2"? in /home/xpressv1/public_html/wp-content/plugins/revslider/includes/output.class.php on line 2941
 Swaragini actor Varun Kapoor pulls Tejasswi's leg; her response is unbelievable - Xpress Vids

Ankita Lokhande wants to achieve this and then get married 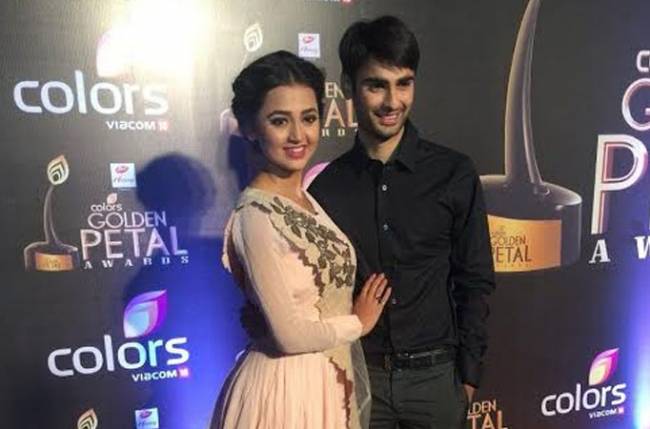 Tejasswi Prakash is all over the news ever since she has participated in Khatron Ke Khiladi season 10. The actress who has a girl-next-door personality has been winning hearts with her bubbly and chirpy nature. Fans can’t stop adoring Tejssawi for her cuteness and innocence.

While we have seen everyone pulling Tejasswi’s leg in Khatron Ke Khiladi 10 which the actress has always taken in the right spirit, there is someone else too who is teasing the diva. It’s none other than her Swaragini co-star Varun Kapoor.

Tejasswi shared a screenshot where Varun is teasing her for her talkative nature. We all know Tejasswi talks a lot and many like this trait of hers.

Tejasswi had a killer reply on Varun’s comment where she tells him that she is going to kill him for teasing her.

Take a look at the screenshot: 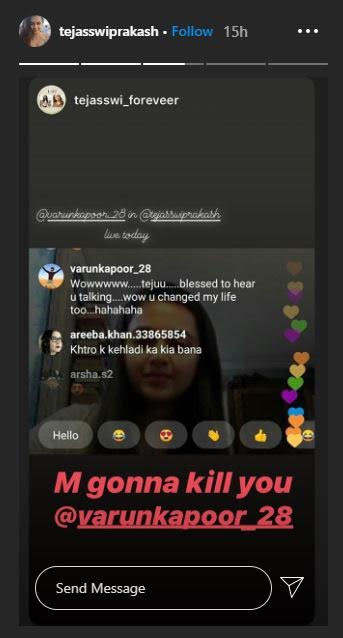 Well, that’s what friends are for.

Stay tuned for all the latest updates.