Warning: "continue" targeting switch is equivalent to "break". Did you mean to use "continue 2"? in /home/xpressv1/public_html/wp-content/plugins/revslider/includes/output.class.php on line 2941
 Shilpa makes fun of Puneesh-Bandgi's relationship; Puneesh reacts! - Xpress Vids 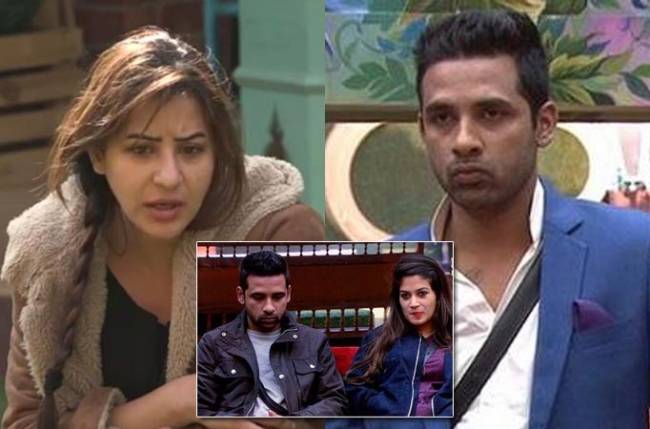 It hasn’t been long since Bandgi has been evicted from the Bigg Boss mansion and Puneesh is left alone. when the two were in the house, there was not one moment when the lovebirds were seen away from each other. So much so that the two of them did not really shy away from canoodling in front of the camera and indirectly proclaiming their love to all and sundry watching them.
We have also seen how Shilpa Shinde shared a warm relationship with lovebirds of the house- Puneesh-Bandgi. After Bandgi got evicted last Sunday, Shilpa Shinde is seen supporting Puneesh every now and then. During the captaincy task- BB Daycare, Shilpa Shinde was having Priyank Sharma’s doll, so she went up to Priyank and asked her whether he’ll save Puneesh if he wins the captaincy task. Because of Shilpa’s proximity to Puneesh and Bandgi, all is not well between Arshi Khan with whom Shilpa shared a good relation for the longest period in the house.
Puneesh Sharma and Bandgi Kalra’s relationship has been talk of the town. Now, that Bandagi is evicted, as has been seen earlier, Puneesh has been spotted shedding tears and missing her.
In an unseen video uploaded on VOOT, Vikas revealed that both decided to fake their love to survive in game but they fell for each other. Puneesh also misses Bandgi’s protectiveness towards him. She used to keep a check on him to make sure he took his meals on time. Now that the two of them are separated, one would think that their topic is over and done with, on the contrary, everyone is seen discussing Puneesh-Bandgi’s future even more. Akash advised Puneesh that he needs to sort things out with his family after he steps out of the Bigg Boss house.
Vikas interrupts in-between and asks Puneesh if he will have a live-in relationship with her outside the house. At this Shilpa teases Puneesh saying that he already in a live-in relationship with Bandgi in Bigg Boss house. However, it seems Puneesh took Shilpa’s comments to heart and retaliated, saying earlier too, he has been in live-in relationships but this was the biggest one in his life as he is living in with so many people. After this everyone started laughing!
Did you like Puneesh’s reply? Do you think Puneesh Bandagi will continue their relationship outside the Bigg Boss house?