Warning: "continue" targeting switch is equivalent to "break". Did you mean to use "continue 2"? in /home/xpressv1/public_html/wp-content/plugins/revslider/includes/output.class.php on line 2941
 Queen of Hip-hop – Raja Kumari ramps up the grand finale of MTV Supermodel of the Year - Xpress Vids 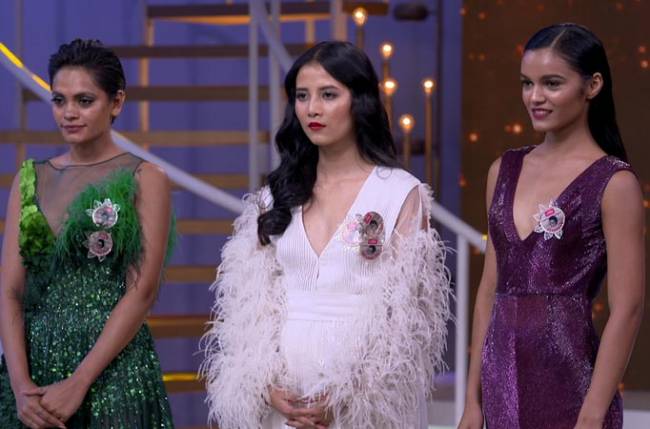 Post oodles of glamour, drama and fights for three months, MTV Supermodel of the Year has finally reached its Grande Finale. This week’s episode will announce who wins the crown of Supermodel amongst the top 10 models across India and emerges as the best. All this and so much more, this Sunday!

In its 12th and final week, host Anusha Dandekar elaborates on the final set of tasks to the top three – Drishya More, Manila Pradhan and Priya Singh and also details out the parameters of judging which includes a photoshoot with the judges in a car , a runway walk and a culmination of their growth in this journey. Taking the glitz and glam notches higher, queen of Hip-Hop Raja Kumari joins the contestants for the runway walk and raps her way into the hearts of one and all. The finale episode also finds the mentors – Ujjwala Raut and Anusha Dandekar sitting on the panel and scoring the Supermodels for their final set of tasks. Mounting up the tension and heartbeats, the contestants battle it out for one last time waiting for the judges to announce the result at the end.

Will the panel be satisfied with the final performances? Will the contestants realise what it takes to be a Supermodel? Who will take the trophy home? To find out all this and more, tune in to the Grand Finale of Livon MTV Supermodel of the year, this Sunday at 7PM.