Warning: "continue" targeting switch is equivalent to "break". Did you mean to use "continue 2"? in /home/xpressv1/public_html/wp-content/plugins/revslider/includes/output.class.php on line 2941
 Flag hoisting fiasco of Jethalal on Independence Day in Taarak Mehta - Xpress Vids

Sahil Uppal receives gift from an anonymous person on his birthday!

Life OK shows to end by 27 August; here’s how they will conclude! 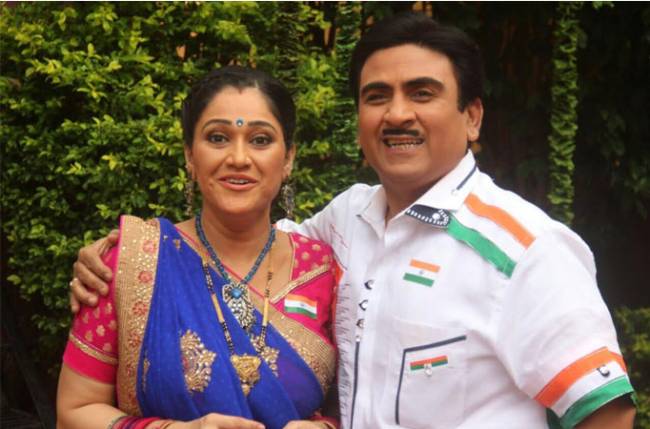 The Independence Day special track in Taarak Mehta Ka Ooltah Chashmah (Neela Telefilms) is going to entertain the viewers to the fullest.
Well, this Independence Day everybody at Gokuldhaam society will be eager to earn the honour of hoisting the flag.
Bhide, being the secretary of Gokuldhaam society, will call for a meeting in the clubhouse to decide who should get this honor. He will ask all the members of the society to give one reason why they should be the ones to hoist the flag this year.
While Iyer would say that it’s his prerogative because he is the scientist, Bhide will counter with his profession as a teacher who is building future generation. Dr. Haathi will say that he heals people and Mehta would talk about himself as a writer. But eventually it is Jethalal who will get the vote to hoist the flag on Independence Day. However, the catch is that it will be Babita who will pull out Jethalal’s name and it will be Iyer’s responsibility to bring flag for hoisting.
Later, an excited Jethalal would get new clothes stitched for this prestigious occasion at Gokuldham Society and will invite all his friends and photographers to witness the event. On the D-day everyone will realize that Iyer has not brought the flag. This will be very entertaining to watch as everyone knows the rivalry between Jethalal and Iyer.
“After the Washing Machine fiasco between them, this is another track that viewers will be happy to watch,” said Dilip Joshi.