Warning: "continue" targeting switch is equivalent to "break". Did you mean to use "continue 2"? in /home/xpressv1/public_html/wp-content/plugins/revslider/includes/output.class.php on line 2941
 Cloud nine moment: Neha Sargam shares stage with her idol Sonu Nigam - Xpress Vids

Congrats: Neeti Mohan is the Insta QUEEN of the week 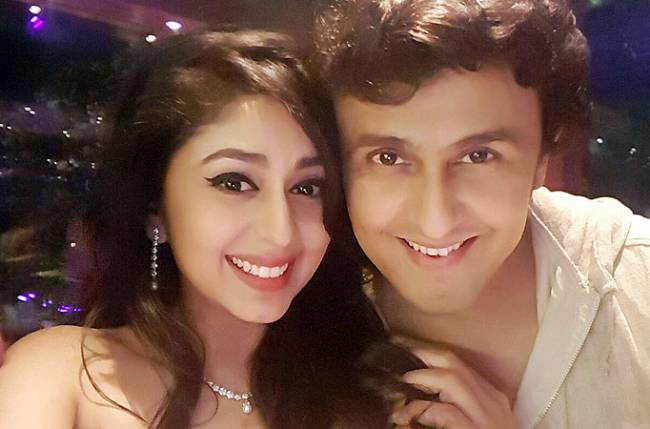 Neha surely impressed judges and the audience with her soothing voice and now after coming a long way in the field of acting, she recently lived her dream for real as she shared stage with the singing sensation Sonu Nigam at a concert held in Dubai.

An elated Neha told us, “Sonu Nigam was my judge when I was a contestant in Indian Idol. One day, I was having a conversation with him over texts for the article he wrote about Rafi Ji. Towards the end of our conversation, he asked me if I am still into singing and then he asked me to send him a singing clip of mine. He liked the clip and after few days, I was told that I have to sing along with him at a concert being conducted in Dubai. It was a totally different experience to sing along with him. I was so happy to know that he showed confidence in me and gave me an opportunity to share stage with him. He has been my crush since a long time and it was so difficult for me to sing along with him.”

“I have met Sonu Nigam at few award functions too where he used to tell me that he follows my work and feels proud and happy for me. It means a lot when a person like Sonu Nigam encourages you. I am looking forward to singing with him again. It has been a major shift from being a contestant to singing with your idol,” signed off Neha.
Way to go, girl.