Warning: "continue" targeting switch is equivalent to "break". Did you mean to use "continue 2"? in /home/xpressv1/public_html/wp-content/plugins/revslider/includes/output.class.php on line 2941
 Priyanka Chandel unhappy with her character progression in &tv’s Meri Hanikarak Biwi - Xpress Vids 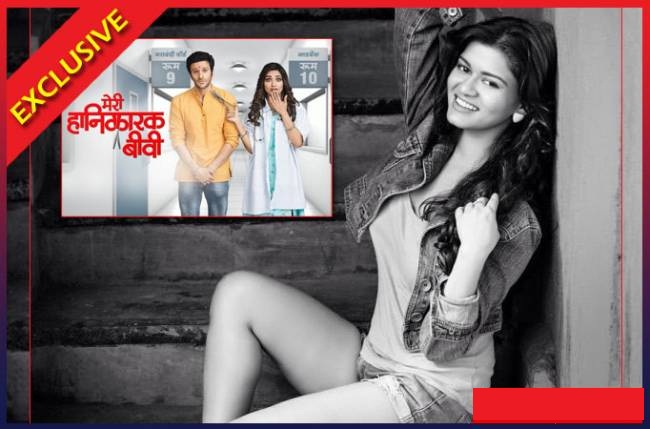 Mumbai, 30 Jnauary 2018: The cast and the concept both walk hand in hand for a show to become successful, but it seems that &tv’s shows are not reaching the set mark and are facing a downfall in TRPs and audience review. The much-hyped Meri Hanikarak Biwi that was launched on &tv seems to have lost its storyline and the casts seems unhappy with the same.

A Full House Media Production, Meri Hanikarak Biwi, based on a storyline around vasectomy – an out-of–the-box concept, is facing issues with the cast as the parallel lead playing Roshni seems displeased with the way her role is progressing.

A little flying birdie whispered in our ears and shared that MTV Splistvilla 6 fame Priyanka Chandel who is playing the role of Roshni in the show is not happy with the way her role is shaping up.

businessvoip got in touch with this beauty to which she shares, “I was cast in for a parallel lead and the storyline in the beginning was great but now the story is somehow going haywire.” The actress further adds, “The briefing that was given to me and what we are shooting now seems like a world apart and I am somehow not liking the character.”

Does that mean that the makers will have to change the storyline to get better reviews from the audience and bring more exciting twists in Priyanka Chandel’s role or will the actor be quitting the show soon?

Watch out this space for more exciting developments in the telly world!