Warning: "continue" targeting switch is equivalent to "break". Did you mean to use "continue 2"? in /home/xpressv1/public_html/wp-content/plugins/revslider/includes/output.class.php on line 2941
 Team Siddhi Vinayak’s special surprise for Karan Khandelwal on his birthday - Xpress Vids 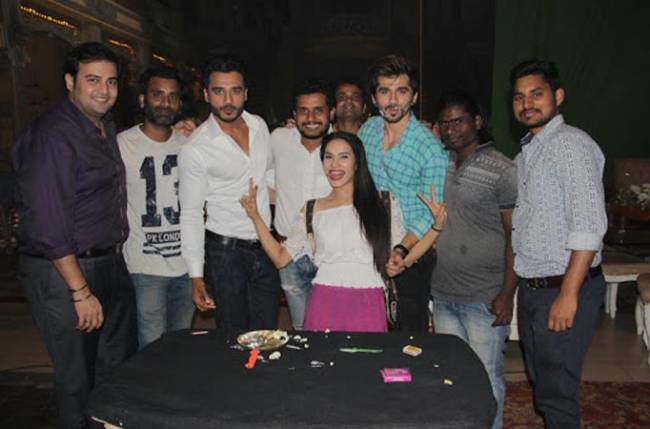 Mumbai, 31 January 2018: Time to sing the birthday song for actor Karan Khandelwal, who is currently seen in &TV’s Siddhi Vinayak!

The lad, who celebrated his birthday on 29 January with his friends and ex-colleagues from Saath Nibhana Saathiya (Star Plus), Dil Deke Dekho (SAB TV) and co-stars from his current show, Siddhi Vinayak was in for a special surprise by his Production Team on the following day (30 January).

Overjoyed with the warmth shown by his friends and associates, Karan shared, “I was given a special surprise on the eve of 29 January by a few friends like Anju Jadhav, Kunal Singh and Nitin Goswami. Some of my friends including Tanya Sharma who couldn’t make it, phoned to wish me. I was on leave that day and when I reported to the sets the next day, the production team surprised me with a cake.”

“I was amazed as generally the team cuts the cake on the same day and I wasn’t expecting them to celebrate it as my birthday was over. I am delighted to see such affection. I received a lot of gifts but the most special one was a Rolex watch gifted by my friends,” he added.

Talking about his career plans ahead, he stated, “I wish to play a lead role in a daily soap. This has been my goal ever since I started my journey on Television.”