Warning: "continue" targeting switch is equivalent to "break". Did you mean to use "continue 2"? in /home/xpressv1/public_html/wp-content/plugins/revslider/includes/output.class.php on line 2941
 Ace comedy writer, Amit Aaryan launches his own venture! - Xpress Vids 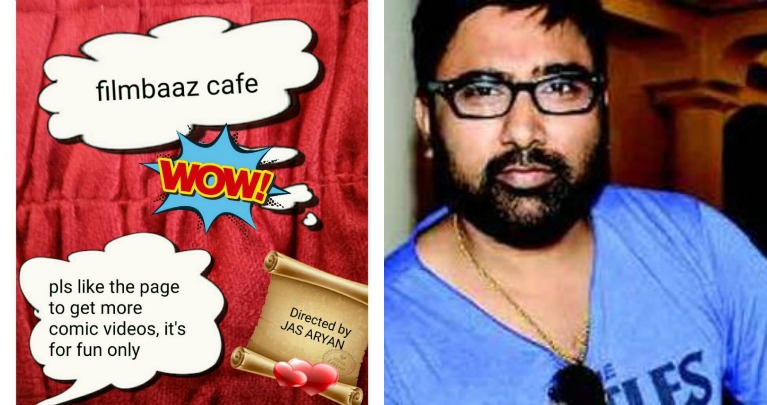 Amit takes a leap in his career by launching a web channel – Filmbaaz Cafe!

Ace comedy writer, Amit Aaryan has made one and all’s funny bone tickle with his hilarious scripts on SAB TV and other GEC’s. And now, the writer takes a leap in his career by launching a web channel – Filmbaaz Cafe!

Comedy being Amit’s forte, the web channel will churn out interesting videos in the genre and will also launch its first chat based show. Many prominent celebrities in the likes of Juhi Parmar, Ali Asgar, Aamir Ali, Sanjeeda Sheikh and Sakhshi Tanwar will grace their presence on the show and make the content more interesting. Apart from this, Filmbaaz will also launch a comedy serial featuring the ‘Chak De India’ girl Chitrashi Rawat titled – ‘Chameli And Friends’. The content will be directed by Amit’s wife Jas Aryan.

Shedding some light on the venture, Amit got candid about his career plans with India-Forums.com!

Why a web channel and not TV?

Well, digital medium is the future of our industry and by that, I do not say that TV will deteriorate but there are so many people around us who watch their TV shows on the web and apps. Web series is the new trend.

What is the show – Chameli And Friends all about?

Let me not disclose what Chameli And Friends is about and let this be a surprise as this show is going to be one of a kind and we intend to have a new approach towards this show. One particular thing one will notice about this show is that we have not only given importance to the character of Chameli but also brought to light the life of her friends and the ideologies that flow between them. The same applies to the chat show. We will try to make it more fun, interesting and entertaining.

What was the idea behind bringing Chitrashi Rawat on board?

When I thought about which actor could fit the best into the character of Chameli, I could think of none other than Chitrashi Rawat. I know her personally and she is like family. Chitrashi carried a good Haryanvi accent in ‘F.I.R’ and in Bollywood film ‘Chak De India’ so I then started designing the character keeping her in mind and that too with a northern blend.

This is a new growth for you as a writer. What is the idea behind this venture?

Yes, absolutely. This is a growth for me. I have written more than 5000 episodes for TV shows in the comedy genre and this is the first time I am attempting to explore my talent. The best part is that here, we do not have the race for TRP’s but I find it more adventurous to see the views and subscriber count fluctuate each passing day!

You will be scriptwriting for other shows as well? How will you manage time?

I will have to take out time if I want to do something which excites me…I think we all do.

You are experienced in writing for TV shows and are well aware of the response it will generate. What response do you think this show will bring to you?

The target audience will be a little different since it involves avid internet users. We are making the shows as lovable and entertaining as possible and I am hopeful that it will create a good buzz.

Filmbaaz cafe is the platform where I can make any show with my conviction. I can offer you the best, I can entertain you with new efforts. It is just the beginning and I can vouch that the medium will offer the best of the comedy shows.