When I was offered BCL, I jumped at the opportunity: Tanuj Virwani

Juhi Parmar wishes to have ‘Kumkum’ back on TV 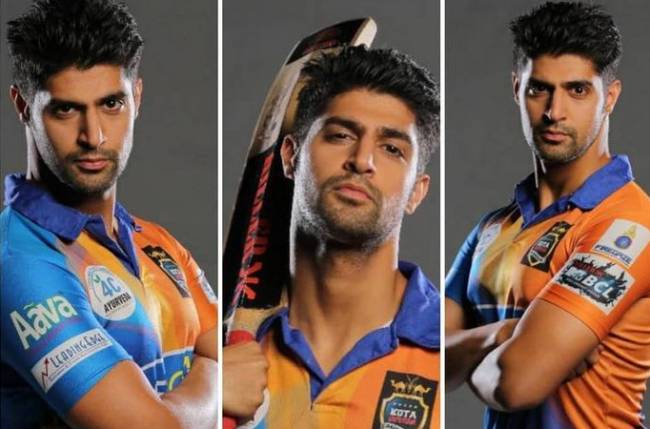 Mumbai: Actor Tanuj Virwani, who has acting in his genes courtesy his star mother Rati Agnihotri, has a flair for cricket. Last seen in the film One Night Stand alongside Sunny Leone and Inside Edge web series, Tanuj played for the Kota Royals Rajasthan in Ekta Kapoor and Anand Mishra’s MTV BCL and says BCL was too good to refuse.

“I’ve always been an avid cricket buff and when I got a call asking if I would like to be a part of the BCL, I jumped at the offer. It also gave me an opportunity to reconnect with so many friends from the industry, who I don’t get a chance to see because of our hectic work schedules,” Tanuj said.

He added, “Getting an opportunity to put together and nurture a young team without any history or baggage gave me a lot of satisfaction. These are still early days for the Royals but I assure you that we have the potential to become something really special in the seasons to come.”

Tanuj mentioned that he was lucky to be able to take time out for BCL. “We tried to practice for two hours every night for about two weeks before the tournament started. Luckily, my dates were not clashing for the larger part of the show, so I was able to be part of this. I missed the first game because of a prior commitment and the last game because of a back injury that I sustained during practice,” he said.

Speaking about training to build stamina, he shared, “I do a lot of resistance training coupled with some circuit training. We all have hectic lives so it is important that your nutrition, as well as sleep patterns are healthy, that’s how the battle is won.”

Asked what makes a team win, and he answered, “Dedication, sincerity, punctuality, skill, fitness and most important the will to win at any cost. If that hunger is present only then will the results happen. The main challenge is to get comfortable with one another and understand each other’s strengths and weaknesses, temperaments and most important, to play as a team with unity. After all, cricket is not an individual sport.”

He has also enjoyed working with Marinating Films and Balaji. “It’s been an absolute pleasure working with them. To put together a tournament of this magnitude and make it work like clockwork is truly remarkable. Marinating films has a very well-oiled mechanism,” he said.

Cricket and Tanuj go way back. “I have always loved cricket, watching it or playing it. It’s a very important part of my life. Even now, I make it a point to play at least a couple of times every week. I was fortunate to do Inside Edge a show based on cricket and now the BCL,” he signed off.