Warning: "continue" targeting switch is equivalent to "break". Did you mean to use "continue 2"? in /home/xpressv1/public_html/wp-content/plugins/revslider/includes/output.class.php on line 2941
 No insecurity, Aishwarya Khare is like a sister to me: Sonal Vengurlekar - Xpress Vids

No insecurity, Aishwarya Khare is like a sister to me: Sonal Vengurlekar

Shilpa’s mother feels, her daughter might win the show 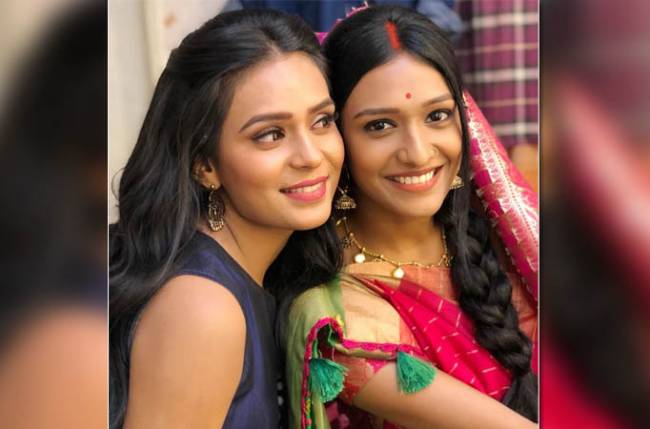 Rumors about two actresses working in the same serial but not sharing cordial relationship is not new. The same has happened with Sonal Vengurlekar when it was reported that she is insecure about her co-star Aishwarya Khare. A leading daily published an article wherein they mentioned that the two actresses who are currently seen in Saam Daam Dand Bhed share cold vibes.
However, when TellyChakkar got in touch with Sonal, she blatantly rubbished the reports and said that both of them bond well on the sets.
Clarifying, she said, “I always knew that the show has two female and male characters. You would only get insecure when there are some sudden changes or a sudden entry.”
Contrary to popular beliefs and conjectures, both Sonal and Aishwarya have gelled up thickly on the sets of this Shakuntalam Production. A brief look at their social media pages will reveal their proximity.
“We’ve become good friends. We hang out together. In fact, there have been times when we went out for a night out together. Also, many a times, post late night shoots, she had stayed at my place while I had stayed at her place,” Sonal adds.
Reportedly, the two actresses also cook together. Sonal said, “Yes we do cook together. She is like a sister to me. When her mother came to Mumbai recently, all of us, she, my mother and me, went out for a dinner,” adding, “media wont write about these positive things which are the truth, they will dwell only on negative stories.”
This indeed comes as a good news that both the actress bond so well with each other.