Warning: "continue" targeting switch is equivalent to "break". Did you mean to use "continue 2"? in /home/xpressv1/public_html/wp-content/plugins/revslider/includes/output.class.php on line 2941
 MS Dhoni made me love cricket: Paras Arora - Xpress Vids

Having more women filmmakers is bringing a change: Lara Dutta 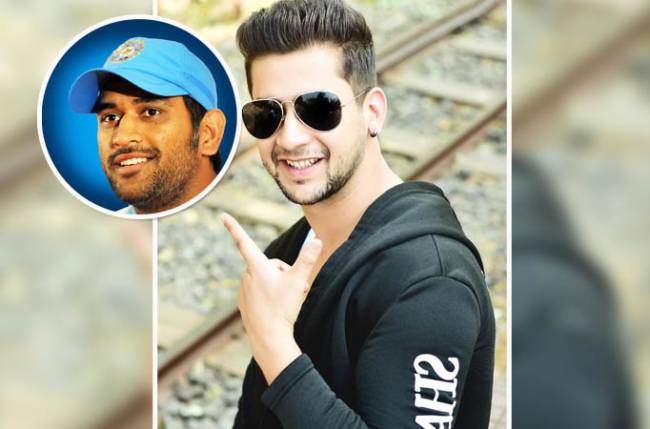 Mumbai: Actor Paras Arora, who is part of Ekta Kapoor and Anand Mishra’s MTV BCL, says that he has always been a big fan of cricket. He says that he was to be part of BCL last year as well but could not because of time constraints.

“I love cricket a lot. I was supposed to play last year also but I was too occupied and couldn’t take time out. But, this time I had some free time so I took advantage of that,” Paras says, adding, “I’ve been very fond and an avid lover of cricket right from my childhood. From the time MS Dhoni started playing cricket, I started watching the game. Because of him now I’ve become a huge fan of cricket. The most important thing which I love about this game is teamwork, the feeling of competitive spirit, unity, that feeling where when your team’s wickets go you all get stressed and make new plans. Cricket teaches you a lot about life and sportsmanship.”

The actor further adds that he was supposed to play for Chennai swaggers last year too. “I have many of my friends in Chennai Swaggers team. Last year I had practiced with that team but things did not materialize. Our team owners, Richa Ji and Prayant, are very sweet. I am a big fan of MS Dhoni and had a soft corner for Chennai, that is why I chose to be a part of Chennai Swaggers,” he explains.

“The entire format of BCL is very good as you get to meet so many actors under one roof, which you can’t manage in your daily working schedule. Management was very good this time,” he adds.

However, Paras says that it’s tough to practice after shooting the entire day. “Practicing in Andheri after shooting in Film City was challenging. I still went to practice for the BCL matches after shoot. If you’re a cricket lover, you can manage because when you go for practice, your stress level goes low. Meeting and practicing with everyone relaxes you. It is a lot of hard work, but it is worth it in the end,” he says.

“I made a lot of new friends this time in BCL. Abhishek Verma, our captain Himmanshoo, Ishani Sharma and especially Arshi Ji, who was an opponent, were close to me. Even Rakhi Ji entertained a lot on the field,” he adds.

Ask him which team he feels is the strongest and he says, “I think Delhi Dragons was our biggest competition. The Delhi team has been winning BCL from last two seasons continuously and they had won 15 matches in last two seasons. That team was the toughest competitor for every one.”

“But we finally broke their record by defeating them and for us that feeling was like winning a tournament,” he signs off.