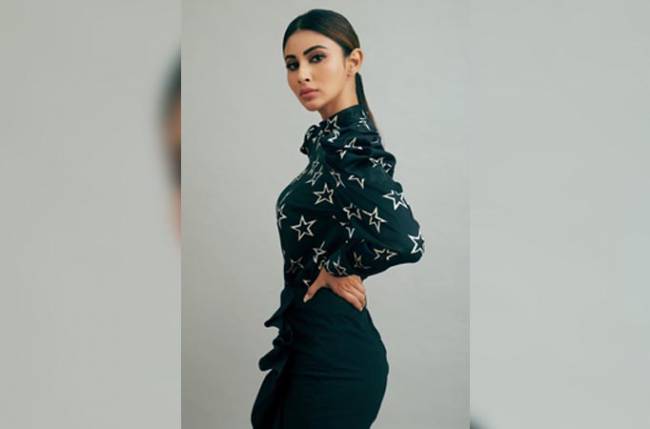 Mouni Roy, who is one of the most popular actresses in the glamour world, never fails to amaze her fans with her stylish looks.

The Naagin actress is quite active on social media and often keeps her fans updated with whatever is happening in her daily life. The style diva also enjoys a massive fan following on her social media handles. The actress recently shared a few pictures on her Instagram handle which will definitely blow your minds away. Mouni can be seen sporting a classy gingham print dress in the pictures which she teamed up with a pair of matching heels. The actress looks undeniably ravishing as she lets down her curly hair and opts for eyeliner – rimmed eyes and a nude lip colour.

On the work front, Mouni Roy has acted in some popular television shows such as Kyunki Saas Bhi Kabhi Bahu Thi, Devon Ke Dev Mahadev, Naagin and many others. She made her debut in Bollywood as a leading actress with Akshay Kumar’s Gold, and since then there has been no looking back. Speaking about her upcoming projects, she will be seen in Brahmastra and Mogul.