Warning: "continue" targeting switch is equivalent to "break". Did you mean to use "continue 2"? in /home/xpressv1/public_html/wp-content/plugins/revslider/includes/output.class.php on line 2941
 More women working in film industry definitely helps: Radhika Apte - Xpress Vids

Tenali Rama to solve his next ‘stupid’ task! 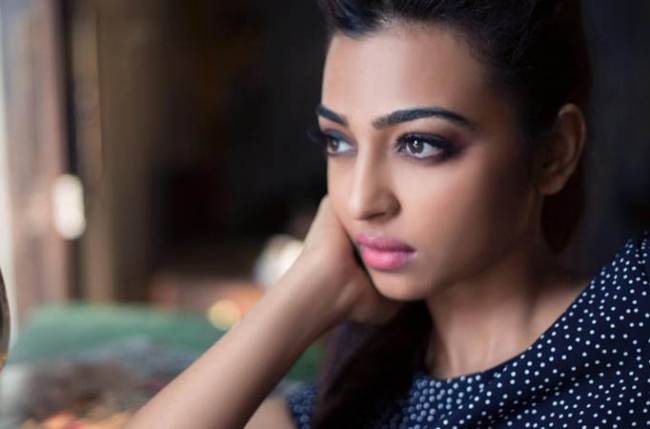 Actress Radhika Apte feels that more women working in the film industry in various positions has resulted in more female-driven films and is a great trend.
Asked why films like “Mom”, “Parched” and “Pink” — in which women can be seen as central characters — are being made nowadays, she told IANS: “There were subject films even earlier too, but more women working in the industry as writers and directors has definitely helped.”
The actress, who has herself portrayed strong roles in films like “Parched”, “Phobia” and many more, believes there is no point in leading a life without challenges.
“You need to explore whatever you are doing. I do different kinds of roles to get some creative satisfaction. There is no point if you are not taking up challenges,” she said.
Apte walked for Hyderabad-based handloom designer Sailesh Singhania on the third day of Lakme Fashion Week (LFW) Winter/ Festive 2017 on Friday.
The designer showcased his exclusive collection themed as “The Winter Rose” inspired by a Westernised interpretation of the sari usually worn by princesses, including Maharani Gayatri Devi.
The collection showcased handwoven textiles in colours that celebrated festive winters with ruby red, celebratory orange, royal purple, fuchsia pink, emerald green — all topped with luxurious vintage gold zari work.
The silhouettes were Western with long over-coats, trench and pea coats with high collars.
Apte was also seen in one of outfits that had a cape attached.
Talking about her ramp appearance, she said: “I find it very scary firstly as I am not used to of it. I was stressed too.”