Warning: "continue" targeting switch is equivalent to "break". Did you mean to use "continue 2"? in /home/xpressv1/public_html/wp-content/plugins/revslider/includes/output.class.php on line 2941
 Monty to be killed; Saket to return in Life OK’s Kalash - Xpress Vids

Monty to be killed; Saket to return in Life OK’s Kalash

Exciting twists ahead in Star Plus’ Dil Bole Oberoi

I do not talk about my personal life – Karan Wahi 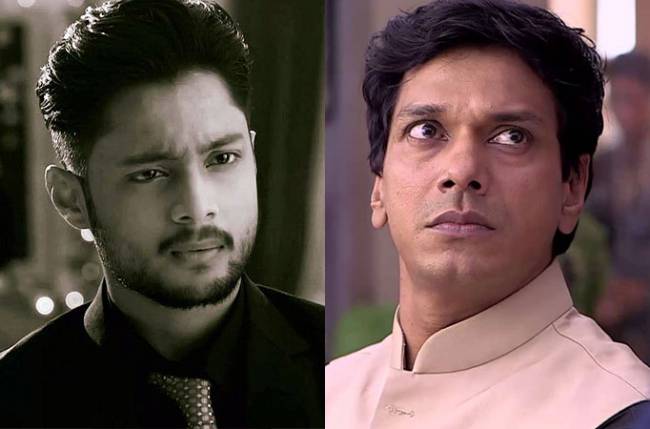 As part of its pre-climax drama, Kalash will see a death followed by comeback of a popular character!!

Yes, Monty (Aditya Bakshi) will soon be killed in a high-voltage drama sequence.

As per sources, “At the success party, Ravi (Krrip Suri) and Monty will indulge in a huge fight, amidst which there will be a sudden power cut. And when the lights will come on, Monty will be dead with Ravi holding a gun in his hand. This will lead to Ravi getting jailed.”

On the other hand, the finale drama of the show will see the return of Saket (Mahesh Shetty).

As per the ongoing track, Nivedita (Seema Mishra) has also returned. But this time she will pose to be a person with a changed heart.

How will Devika (Aparna Dixit) save Ravi from the murder charge? Will Saket and Nivedita join hands for another plan against Devika?

We buzzed Mahesh Shetty aka Saket who confirmed the news saying, “Yes, I am getting back to Kalash. I have been donning this role for a long time now. And now that they want me back for one last time, I am returning to Kalash. I resume shoot from today.”

Gear up for the interesting climax of the show.