Warning: "continue" targeting switch is equivalent to "break". Did you mean to use "continue 2"? in /home/xpressv1/public_html/wp-content/plugins/revslider/includes/output.class.php on line 2941
 Bigg Boss 13: Himanshi Khurana supports Shehnaaz Gill when labelled jealous - Xpress Vids

Have a look at Pearl singing for Surbhi

When MTV Splitsvilla 10 contestants Akash, Nibideta, Naina, and Priyank had a REUNION 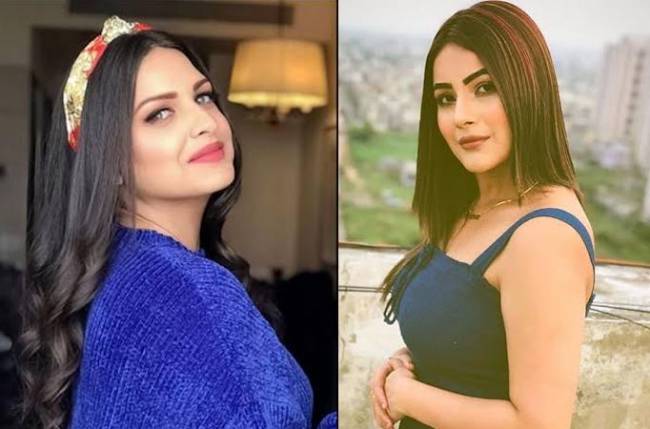 Bigg Boss is one of the most popular reality shows. It is known for fights, arguments, and controversies, and season 13 is no different. The drama in the house is in full swing.

The show has witnessed some ugly spats. Amidst the dramatic moments, some equations have also changed for the better. Well, it seems Himanshi Khurana has buried the hatchet and chose to put behind the sour past between her and Shehnaaz Gill. In one of the recent Bigg Boss 13 episodes, Shehnaaz Gill was asked by Mallika Sherawat if she was jealous of Paras Chhabra and Mahira Sharma’s equation. Although she appeared unaffected and replied with a ‘no’, she broke down later saying that she doesn’t want to be called jealous by the housemates. The viewers saw a different side of Shehnaaz in this episode as she looked pretty vulnerable and sad.

Later, when the channel tweeted to ask the fans if they think Shehnaaz Gill is jealous, Himanshi retweeted and replied to the tweet in support of Shehnaaz. In her reply, she expressed her desire to have confidence like Shehnaaz. She wrote, “Really sahmne Katrina kaif ho to jealous bnta hai …..but mahira paras se ……jealously bhi sharma jaye…….life me aisa confidence mujhe bhi chaiye ……..shenazz”