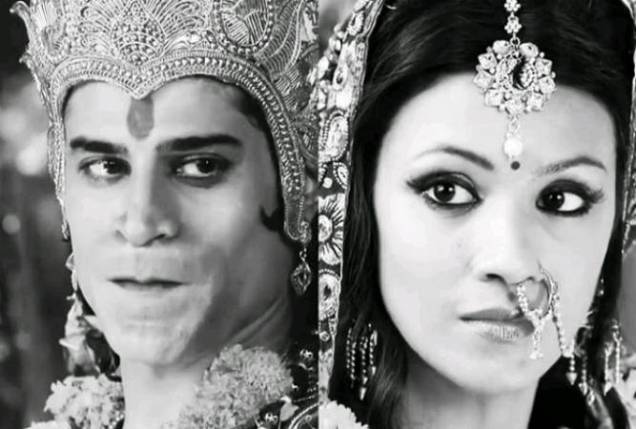 The Indian television industry and fans were left reeling by the death of mythological character actors, Gagan Kang and Arijit Lavania, along with the former’s spotboy in a horrendous car mishap over the weekend just gone by. Several industry folk and actors came out claiming to be his friends and posted their shock and condolences on social media. Many of them even commented on posts on social media.
Gagan’s Sankatmochan Mahabali Hanuman co-star actor Barkha Bisht Sengupta is questioning their friendship and acquaintance with the departed soul. Reason: very few of those who professed to know him were present during his last rites, which were performed yesterday in the Marina Enclave building where he stayed in Mumbai’s Malad area.
And Barkha should know. Because she was there present along with a few others like Raza Murad, Suyyash Rai and Amit Sareen (his sister Pooja was in a relationship with Gagan; they had been seeing each other for some time and were contemplating marriage).
Barkha, who is known to be forthright, was noticeably disturbed by the hypocrisy of it all.
“Why were the others who posted on social media not present there yesterday? They claimed to be his friends, right? ” she asks in a trembling voice.
“I knew him very well and it is heartbreaking. He loved life and was a god-fearing man. At times, he would be late on the sets because he would be busy with his daily pooja. It makes me question the existence of God.”
She points out that Gagan was really looking forward to celebrate Ganesh Chaturthi this year and had been working on his own Ganesh idol, which now is only half-done.
Barkha completely shrugs off any allegations that have been hurled that it was a drink and drive accident, something the Manor police have already certified.
“He would barely drink. He was a vegetarian during the festival periods,” she chose to clarify with “He was a non-smoker. So I cannot believe, he was drunk.”
She remembers Gagan often giving her a ride to her home in his car from after they finished shooting when they worked together in Hanuman
“He liked speeding indeed but he was careful and not reckless,” she states emphatically.
The sorrow that the family must be going through is immeasurable, she says. Gagan’s brother and mother flew down to Mumbai to be at his residence and they were beside themselves with grief.
Barkha could relate with what Gagan’s mother was going through. Says she: “I’m a mother myself and trust me, nothing for a mother is worse than the death of her child.”
Gagan’s last rites began from his residence and he was finally cremated at a crematorium on Marve Road, Malad. Once again, a handful of known faces from the industry chose to show up, further pointing towards the hollowness of those who claimed to know him. Among those who showed up included: Sonu Sood, Vahbiz Dorabjee, Rohan Gandotra, Amit Sareen and his family, Sunny Nijjar from the industry.
Arijit Lavania’s last remains were on the other hand flown to Agra in a coffin for cremation, while Gagan’s spot boy-cum-assistant’s body was taken to Nashik.