Warning: "continue" targeting switch is equivalent to "break". Did you mean to use "continue 2"? in /home/xpressv1/public_html/wp-content/plugins/revslider/includes/output.class.php on line 2941
 aarak Mehta Ka Ooltah Chashmah’s Palak Sidhwani opens up on facing criticism for replacing Nidhi as Sonu - Xpress Vids

Cyclone Nisarga: Donal Bisht disappointed about not being able to surprise brother on his birthday 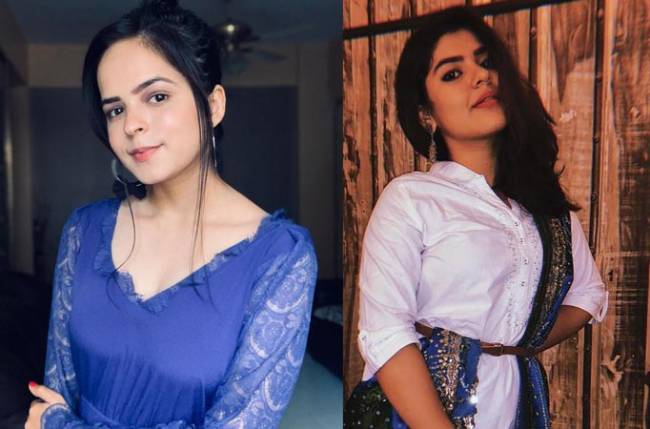 Taarak Mehta Ka Ooltah Chashmah is one of the most popular and longest-running television shows. The sitcom’s story and its characters have been making people laugh since 2008. Well, it’s been almost 12 years that the show has been running successfully, and the craze is still intact. Since the show has been going on for so many years now, it’s natural that some actors have bid adieu for their reasons. And one of them was Nidhi Bhanushali, who played the role of Sonu Bhide.

After Nidhi’s exit, Palak Sidhwani was introduced as the new Sonu on the show. But, just like any other new actor walking into the shoes of another actor, Palak too was compared to Nidhi. Not merely comparisons, the young actress had to face criticism also. Recently in a conversation, Palak opened up about the criticism that she has received, how she managed to handle it, and how has it affected her personal and professional life.

She said that she is a very positive and optimistic person. If someone even says ten bad things about her, she does not feel bad and take it to her heart. She knows that he is not a perfect person, and she has to work in improving herself and making her better. Palak feels that when the audience watch a show for years together, they get attached to the characters, and they have all the right to speak what they feel about it. She thinks that she is no one to comment on their remarks. However, she feels extremely lucky and fortunate to have supportive people in her life including her friends, family and fans.

Palak stated that she was lucky that when a handful of people criticized her, many others supported and loved her as the new Sonu. So, ultimately she decided to look at the brighter and positive side to keep things going.

Meanwhile, with Maharashtra CM Uddhav Thackeray’s permission, shoots are soon going to resume and viewers will now be able to enjoy new episodes of TMKOC.