Warning: "continue" targeting switch is equivalent to "break". Did you mean to use "continue 2"? in /home/xpressv1/public_html/wp-content/plugins/revslider/includes/output.class.php on line 2941
 Reasons why Yeh Rishta...lasted for 9 long years - Xpress Vids

Vrushika Mehta goes the incest way for her next project

Indra thinks Nayan to be his wife in E Amar Gurudakshina 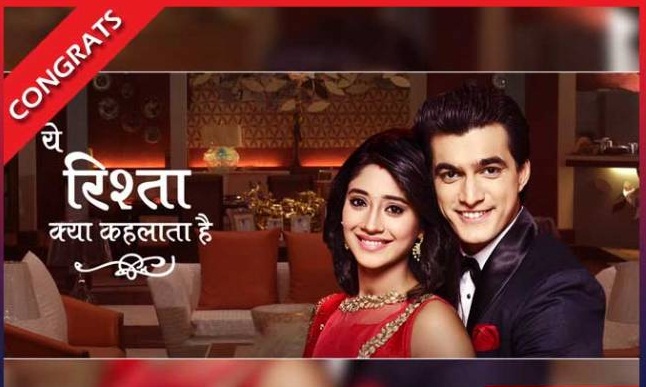 Watching television is the favourite leisure activity or rather non-activity for millions of people around the world. After a long hard day at work, the first thing most of us want to do is go home, lock the door and plop down on the sofa.

From classic black and white sitcoms to soap opera dramas and animated cartoons, there have been a number of groundbreaking TV shows to grace our screens over the years. And one of the shows ruling hearts in the current era is Yeh Rishta Kya Kehlata Hai (Director’s Kut Productions) which happens to celebrate its ninth anniversary today (12 January)!

Launched in 2009, the show is still soaring high on the wings of success with more than 2500 episodes. The show is not only popular for its content, actors and storyline but also the fact that many actors found their soulmate on the set. And with this, Yeh Rishta…clearly seems to have a history of budding on and off-screen romance.

Let us take a look at what makes Yeh Rishta… the most loved show and the sensation it is today.

One of the primary reasons the show has worked wonders and they all look like a ‘real family’ is because of the fabulous casting done for this show. When Hina Khan and Karan Mehra played a couple – Akshara and Naitik, many viewers who did not know much about the actors’ personal lives speculated them to have a thing for each other as they looked so compatible, which also complemented their acting.

Surviving the test of time:

The show has survived despite challenges coming its way. Akshara and Naitik were two names which made Yeh Rishta Kya Kehlata Hai a whopping success. When Hina and Karan left the show, many assumed the show to be a sinking ship. But yet again, it is the fan adoration which kept the project going as they equally loved Kartik and Naira as the previous duo.

When it comes to vamps, no other television industry can quite match up to ours. Production houses have created some of the most iconic vamps. Infact, our dailies swear by the thought that every Tulsi needs a Mandira! But what makes Yeh Rishta…different from others is that the show runs only around positive characters. The Singhania family faces problems which are societal or family oriented and solve it in unison giving all of us #perfectfamily goals.

There are no second thoughts. The fate of each show depends upon the connect it manages to establish with its audience. As much as people try to say it’s about this and it’s about that, it’s still about the ratings and the show will only sustain if a show is well-liked by network base and has no notable naysayers among the executive suite. Yeh Rishta Kya Kehlata Hai is one show which churns out content which is relatable to the daily lives of every individual across age groups given that the show houses characters in a joint family with grandparents, parents and kids among other relatives.

Also, the show, time and again, highlights important social issues which we happen to talk about in our day to day life.

Yeh Rishta Kya Kehlata Hai not only entertains the masses but also brings the youth and others closer to the Indian culture by celebrating festivals such as Makarsankranti, Holi and Diwali. The show tries to tap majority of the festivals and roll out special storylines around it in a way that enriches the viewers’ minds. We are sure some moments around the festive storylines do send a buzz of nostalgia too.

No ‘over’ dramatization of events:

The characters in Yeh Rishta Kya Kehlata Hai are complex and layered but meaningfully. It isn’t about filling oceans with tears, or better, spoiling the bahu’s daal by adding extra chillies or garam masala in it which hardly requires any acting talent.

The storyline is fast paced and does not bore the audience with the over-stretched drama. Also, the show keeps shifting focus to every character thereby shifting dynamics of the protagonists. The creatives of the show have also made sure to not keep repeating the same drama over and over again.

Be it Naitik and Akshara, Kartik and Naira or Naksh and Keerti, all of them have a love story which is distinguished and not run of the mill. While Naitik and Akshara got married following the family norms and traditions, Kartik and Naira’s love affair and marriage was projected with finesse. The writers gave the story of Naksh and Keerti, a complex twist much to the keep the entertainment level up.

All the characters of Yeh Rishta… look luminous with the outfits designed by Ritu Deora. Most of their outfits are trendsetting, special their bridal wears. Based against the backdrop of Rajasthan, the outfits are modish with a touch of traditional.

Do you have more reasons to why Yeh Rishta Kya Kehlata Hai is adored so much? Let us know in the comments below!