Warning: "continue" targeting switch is equivalent to "break". Did you mean to use "continue 2"? in /home/xpressv1/public_html/wp-content/plugins/revslider/includes/output.class.php on line 2941
 Rano to bury Jia alive in Zee TV’s Woh Apna Sa - Xpress Vids 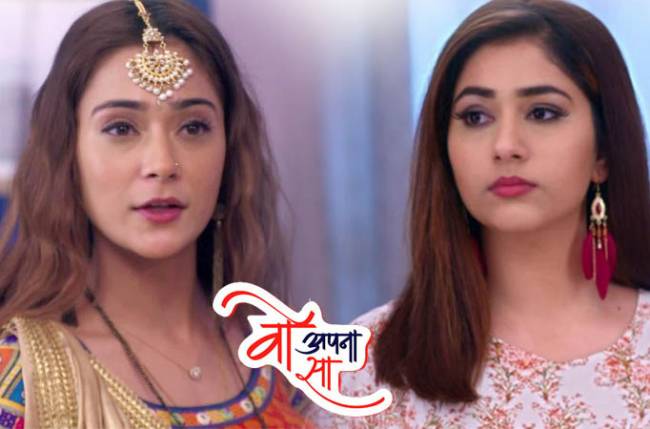 MUMBAI: Zee TV’s Woh Apna Sa has a very interesting drama coming up for its viewers. The current episodes have made the viewers curious about the whereabouts of Arjun (Sudeep Sahir) and Aakash’s (Kinshuk Vaidya) father. An evil Rano (Sara Khan) has kidnapped him and kept him hostage.

The last episode of the Woh Apna Sa showcased Arjun fixing a tracker in Rano’s ring to find out where she has kept his father hostage. However, in the process of tracking his father, Jia (Disha Parmar) will get kidnapped.

Yes! After all, that’s the magic of Rano – the ultimate vamp on the show!

Rano will not only kidnap Jia but will immure her in a wall of a construction site. Arjun, Aaskah, Ambika (Alka Kaushal) and the other family members will then start searching for her and will finally break the wall where she has been enclosed.

The intense drama will grip the audience when Jia will be found in an unconscious state. On finding her breathless, Arjun will initially assume that Jia is dead. After a high voltage of drama, Jia will finally gain consciousness, much to the relief of the family members and of course the loyal viewers of the show.

What will happen next? Will Arjun and Aakash be able to track their father down and save him from the clutches of Rano?