Warning: "continue" targeting switch is equivalent to "break". Did you mean to use "continue 2"? in /home/xpressv1/public_html/wp-content/plugins/revslider/includes/output.class.php on line 2941
 7 characters who make Mere Sai a delight - Xpress Vids 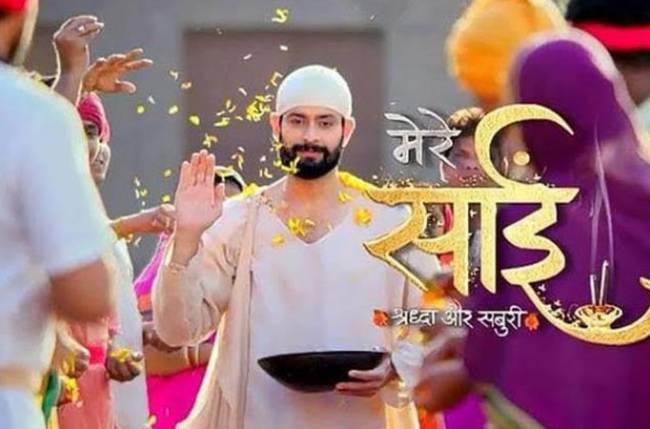 MUMBAI: Sony Entertainment Television’s show ‘Mere Sai’ with its simple and engaging narrative of one of the most revered saints has impressed audiences all over. Emotional tales of Sai Baba helping his devotees and villagers of Shirdi in their difficult times with his universal accepted teachings of ‘Shraddha and Saburi’ (faith and patience) have captured attention of viewers across age groups. The beautiful rendition of heart touching stories involved multiple characters from Shirdi, we hereby list 7 of the most interesting and important personalities –

Immortal stories of Sai Baba’s grace and kindness have been narrated worldwide and passed on for generations. He was always known to lead a simple life and go around Shirdi asking for alms and his devotees would visit Dwarkamai to seek his blessings and guidance. Abeer Soofi who essays the role of Sai, with his clear Hindi and Sanskrit diction has enamored audiences. His soulful portrayal of the saint has struck a chord with the followers of Sai all over.

Baija has played a very important role in Sai’s life and had secured a place that could never be replaced by anyone else. She was a mother to the young fakir when he entered Sai as a teenager and lovingly looked after him. She would admonish people who troubled him and was always concerned with his well-being. Toral Rasputra has played the part of Baija beautifully, reflecting myriad emotions of love, concern, affection and anger as well. Wearing a traditional nine-yard saree, Toral has effortlessly enacted the role of Baija on Indian Television.

Kulkarni Sarkar is one of the most interesting persona in the tale of Sai. An individual who dislikes Sai as people respect the fakir more and hence consult him for all their problems. Kulkarni commands respect and is feared by everyone in the village. Veteran actor Vaibhav Mangle enacts the villain’s part and constantly plots to trick and show Sai in a bad light along with different allies. Needless to say, he always fails in his motives and glory of Sai increases manifold.

Mhalsapati is one of the most crucial personality in the saint’s story. The individual who accosted him by the name ‘Sai’ for the very first time. Chirag Dave plays the role of Mhalsapati and is one of the foremost devotees of Sai. He is known to be the first one to worship Baba when he arrived Shirdi. Chirag was very comfortable playing the role of Mhalsapati as he has already done few of the Bollywood movies.

Appa Kote Patil essayed by Hemat Thatte was a land owner, and had a humongous revenue collection in Shirdi. Other than Mhalsapati and Baija, Appa was the third one who was very close to Sai Baba. Sai used to take Bhiksha from Appa’s house regularly. Sai was always seen along with few of his devotees when he visited different houses in Shirdi and Appa would be seen with him on a regular basis.

A special bond is shared between Sai Baba and his little bhakt, Jhipri. She would follow him everywhere and seeks his advice on everything she did. Sai Baba loved children and Jhipri was one of his favorites, one of the most memorable incidents is when Sai Baba lit multiple lamps using water in Dwarkamai on the eve of Diwali to make her smile. Even off-screen Abeer Soofi and Jhipri played by Dhruti Mangeshkar, share the same bond.

Ratnakar a wealthy Indian who had made a huge fortune overseas had returned to Shirdi and had ulterior motives in his heart. He detested Sai and used different methods to make Sai leave Shirdi. He had also joined hands with Kulkarni to fulfil his evil plans. However, Sai remains undeterred and continues his path of loving everyone around him and showering his blessings. Tarun Khanna who essays the role of Ratnakar is a friend of Abeer in real life and have a lot of pleasant memories together.

Stay tuned to Sony TV at 7 for the mythological saga.