Warning: "continue" targeting switch is equivalent to "break". Did you mean to use "continue 2"? in /home/xpressv1/public_html/wp-content/plugins/revslider/includes/output.class.php on line 2941
 Khichdi to comeback on Star Plus; Aditi-Abhishek part of the pilot - Xpress Vids 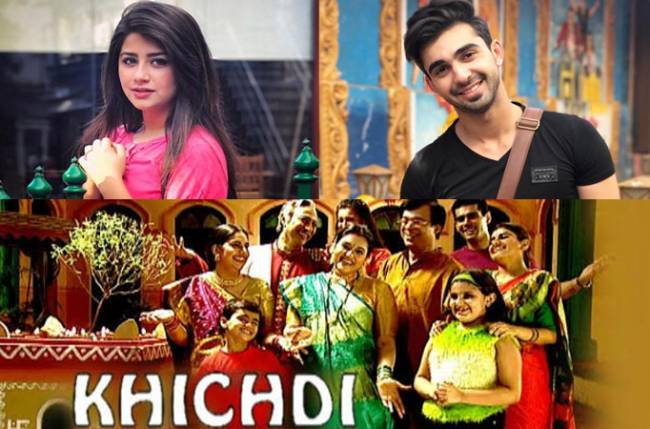 Time for some drum rolls!
After Sarabhai vs Sarabhai, Hats Off Productions is set to bring its another cult comedy Khichdi back to small screen!
Isn’t that good news?
Acclaimed producer J D Majethia announced about the same at the press conference of Sarabhai Vs Sarabhai but chose not to reveal much details.
But wanting to bring the latest updates to our readers, scooped few important information.
As per our sources, the makers have already shot for the pilot, and guess what folks, the original cast was part of it.
Woaaah!! Yeah, Rajeev Mehta, Anang Desai, J D Majethia, Supriya Pathak and Vandana Pathak recently got together to shoot the pilot. Another Hat’s Off loyalist, who has shot for the pilot is Deepak Pareek of Badi Doooor Se fame. Deepak will also be seen in the upcoming soap Bakula Bua ka Bhoot (&TV).
Also, the new series will project the story post a leap wherein the kids Chakki and Jackky (Richa Bhadra and Yash Mittal) would be seen all grown up.
And interestingly, we have heard that Aditi Bhatia and Abhishek Verma, who play the role of brother-sister jodi as Aditya and Ruhi in Yeh Hai Mohabbatein, have shot for the pilot as Chakki and Jackky.
But the source maintained that since it was a pilot shoot there might be changes and alteration when the show is above to go on floor.
Also as per the latest updates, Star Plus has commissioned the show and it will be mostly a bi-weekly drama which would air for an hour.
The project is expected to launch sometime in July or August (2017).
Producer J D Mahethia refused to comment, while Aditi and Abhishek remained unavailable.
Stay tuned to this space for more updates!