Warning: "continue" targeting switch is equivalent to "break". Did you mean to use "continue 2"? in /home/xpressv1/public_html/wp-content/plugins/revslider/includes/output.class.php on line 2941
 I'm afraid of stardom, says Karthika Nair - Xpress Vids 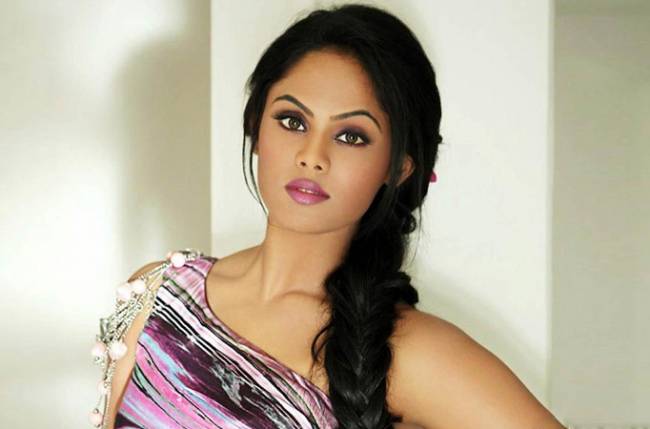 She is the daughter of former southern actress Radha and has been under the arclights since a young age. However, actress Karthika Nair says she was always hesitant about taking up acting as a career as she was afraid of being in the public eye.
“My mother stopped working after marriage. I was not that exposed to films during childhood. I got my first film offer when I was in the 10th standard,” Karthika told IANS.
“Since then I have been working, but I used to do limited movies. I never did movies for money or looked at it as a career option. I just did them out of respect for the field. Everybody down south treats me like a daughter in showbiz,” added the 24-year-old, who has appeared in southern films like “Josh”, “Ko”, “Kammath & Kammath” and “Purampokku Engira Podhuvudamai”.
Karthika, who lives in Mumbai, says she never thought about Bollywood as she didn’t want to lose her freedom of lifestyle.
“It’s just that I had the opportunity to do acting. I had no idea about acting. I respect it because I am getting to act without even asking for it. There are a lot of people who are more talented than me,” Karthika said.
“I am afraid of all this (stardom). I miss my childhood. I didn’t get to attend college much as I was shooting side by side. But it’s fine. I can’t complain as people of my age are starting careers now whereas I have already been here for 10 years.
“I never tried to be part of Bollywood as I didn’t want to lose my freedom in Mumbai. Then I won’t be able to have a normal lifestyle,” she added.
Karthika is making her debut on TV with forthcoming historical show “Aarambh”.
“When I was offered ‘Aarambh’, I got shocked. At first, I asked them, ‘From where did you get my number?’ So, when I heard the role and got to know that it has been written by Vijayendra Prasad sir, it was so amazing that I couldn’t say no.
“It’s rare for a lady to get such amazing role in the male-dominated industry. Also, it’s just an eight-month-long project,” she said.
She doesn’t see any difference between the TV industry and films.
“A lot of TV shows are now shooting larger than life concepts. The budget of our show is as big as a film,” she said.
However, she said shooting for “Aarambh” is exhausting for her.
“Our shooting is very exhausting. I have a lot of respect for the television industry because in movies you shoot like 10 scenes in a month. But here we are shooting everyday,” she said.
Karthika has been paired with actor Rajniesh Duggall in the Goldie Behl-directed show.
“Rajniesh (Duggall) and I did a workshop with casting director Mukesh Chhabra just to learn the body language. If you see, actors have a very stiff and different body language in a lot of period dramas. It’s a little bit fake.
“So, we have tried to make it natural. There is nothing artificial and the audience can relate to it,” Karthika said.
The Star Plus show will also feature veteran actress Tanuja Mukerji.