Warning: "continue" targeting switch is equivalent to "break". Did you mean to use "continue 2"? in /home/xpressv1/public_html/wp-content/plugins/revslider/includes/output.class.php on line 2941
 Debina Bonnerjee has a scary experience on &TV’s Laal Ishq - Xpress Vids

Debina Bonnerjee has a scary experience on &TV’s Laal Ishq

Vivek Dahiya’s determination despite being injured

These are Adnan Khan’s dream roles 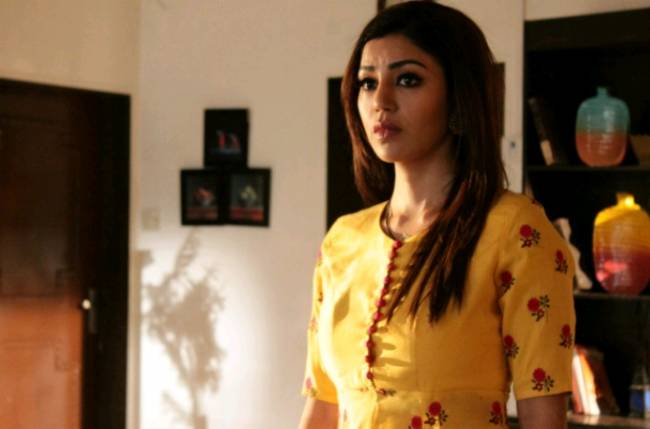 Debina Bonnerjee, the Bong beauty from the television industry has played several noteworthy roles in her television career and the diva has been flooring us every now with her acting prowess on the small screen. Being a model, dancer and a mother of two beautiful girls, Debina’s khaas andaaz has often been loved and appreciated by her fans and viewers as she skilfully juggles between her acting projects while simultaneously working as a lifestyle blogger. The pretty actress will soon be seen in an upcoming episode of &TV’s Laal Ishq which presents viewers new love stories with a supernatural twist every weekend. The show is an amalgamation of multiple creative producers who bring forth their creativity in the most unique manner. Laal Ishq has roped in several popular faces in since its start that has made the romantic-supernatural show quite a fan favourite. Debina is new to the supernatural genre, so the makers of the show decided to scare her in real life to get a and raw and natural reaction out of her for a specific spooky scene during the shoot. Her reaction caught totally on point, this episode is sure to set a chill down your spine! The story is about a small family including Vidhya (Debina Bonnerjee), her husband Amar (Viraf Patel) and their son Rohan who move to a new house which they later discover is haunted by ghosts. Talking about her stint on the show and sharing her experience, Debina said, “I haven’t done a supernatural show in the past and this being a first of its kind for me, I was quite excited to take up Laal Ishq. The energy on the set was spectacular and infact in the first two days of shooting there was nothing extremely scary that had been shot.” She further added, “However, eventually in one scene I was told to just keep doing what I was doing which is removing some things from a box. There was smoke in the background, and absolutely nothing else. Following the instructions of the Director for a certain scene, he told me to turn around and I saw four to five actors dressed as ghosts with scary eyes and white faces. I was so frightened at that time because I hadn’t seen that coming. They later told me that they wanted to capture the natural reaction of my shock and the end result was on point!” This indeed seems like an interesting episode!