Warning: "continue" targeting switch is equivalent to "break". Did you mean to use "continue 2"? in /home/xpressv1/public_html/wp-content/plugins/revslider/includes/output.class.php on line 2941
 Who made better TikTok videos on Asim-Himanshi's Kalla Sohna Nai, Mahira Sharma or Akanksha Puri? - Xpress Vids

Vinny Arora Dhoopar set to welcome a new member in the family? 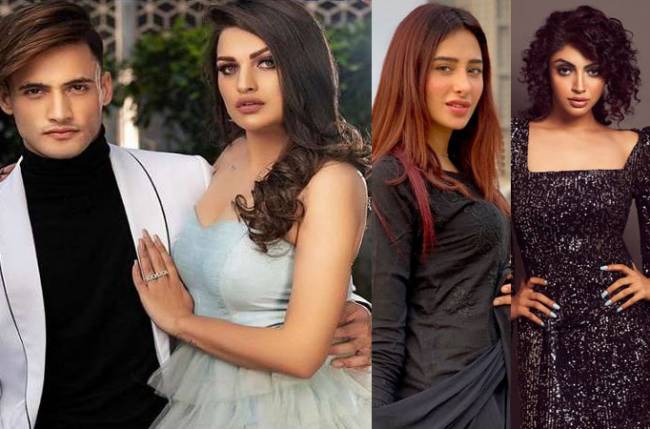 Asim Riaz and Himanshi Khurana are one of the most popular couples. The two fell in love with each other during their stay in the Bigg Boss 13 house. Post the reality show, they came up with a song titled Kalla Sohna Nai, which won fans’ hearts.

The romantic song gave everyone a perfect background score to make TikTok videos. And guess who made videos on this song and shared it on social media? Well, the two ladies connected to Paras Chhabra, Mahira Sharma and his ex-girlfriend Akanksha Puri, went all TikTok-y on Kalla Sohna Nai and put up the videos on social media.

It was Mahira Sharma who first came up with her Kalla Sohna Nai video. She picked a few scenes from an old song and attached it to the tunes of Kalla Sohna Nai. The video is a clip from her song Relation with Nikk. Since it’s a scene from a song, her video is full-on a high-definition one. In the video, we see Mahira having a conversation with singer Nikk, he gets upset with her and she tries to pacify him. The lyrics of the song Kalla Sohna Nai fit fine here.

Speaking about Akanksha Puri’s TikTok video, it is a homemade video with her lots of blurry hearts moving around. It is a selfie video with Akanksha lip-syncing the lyrics of Kalla Sohna Nai. She captioned this video as, “Finally my cute lil video from #KallaSohnaNai for the #supercute Jodi on my #TikTok.”

Both the ladies did well, but which one is your pick, readers? Hit the comment section.