Warning: "continue" targeting switch is equivalent to "break". Did you mean to use "continue 2"? in /home/xpressv1/public_html/wp-content/plugins/revslider/includes/output.class.php on line 2941
 Urvashi Dholakia Invites Karishma Tanna As Her Next Guest On ‘Trending Now’ - Xpress Vids

Hina Khan’s workout tip: ‘Wearing stylish’ matters when you sweat it out 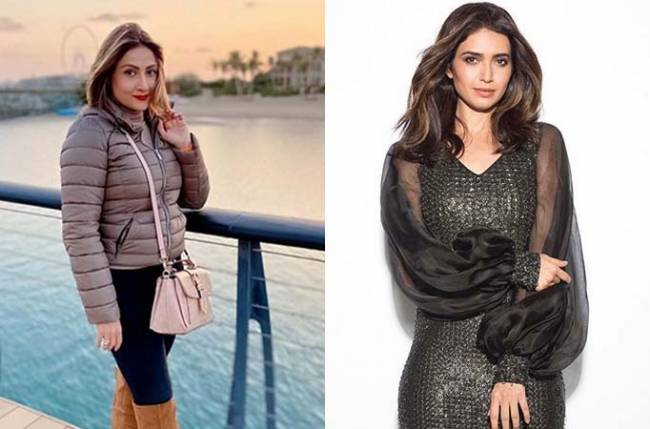 What happens when two absolutely talented, gorgeous women who are both actors and Gujrati at heart come together for an interview? Well, it’s bound to be an episode filled with a lot of fun, laughter, gossip, and sass. Urvashi Dholakia’s upcoming episode of her chat show ‘Trending Now’ promises just that with Karishma Tanna as a guest.

For Urvashi, Karishma Tanna is like ‘Karishma Ka Karishma’ the science fiction series with a lifelike robot named Karishma. The two actresses, who generally tend to speak and greet each other in Gujrati, do break into the language casually throughout the show spilling beans on Karishma’s glowing skin, her love for TikTok and food!

The chat show, which comprises a game of preferences called ‘Would You Rather’, reveals a side of Karishma Tanna that many are unaware of. Like her love for cheese, spicy banana chips, and shopping. She also spills details about participating in Khatron Ke Khiladi, having to visit the hospital during the lockdown, what’s on her mails and so much more.

Just like Karishma signing off, after watching the show we too would like to say ‘Gujjus Rock’. We highly recommend you give the episode a watch.