Warning: "continue" targeting switch is equivalent to "break". Did you mean to use "continue 2"? in /home/xpressv1/public_html/wp-content/plugins/revslider/includes/output.class.php on line 2941
 The concept of Pehredaar Piya Ki is Bullshit: Narayani Shastri - Xpress Vids

The concept of Pehredaar Piya Ki is Bullshit: Narayani Shastri

I never wanted to become an actor: Neha Saxena 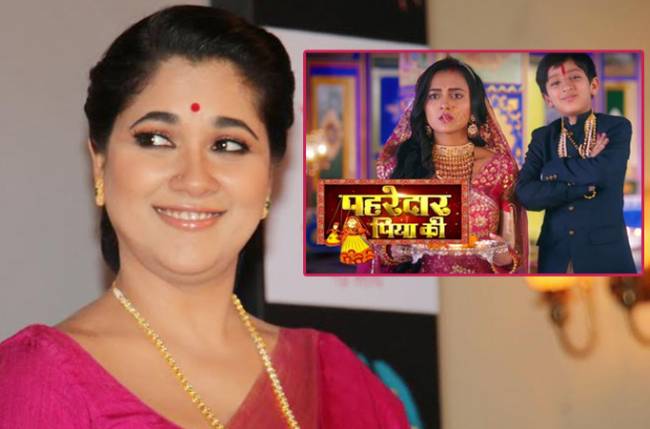 Sony TV’s latest venture Pehredaar Piyaa Ki (Shashi Sumeet Productions) is creating a lot of headlines with its different plot. The makers are receiving a lot of flak for showing marriage between a 10 year old boy and 18 year old girl. Recently Karan Wahi bashed the concept of the show on his official Facebook handle, and now Narayani Shastri too spews venom against the drama.
FYI, the plot of Sony TV’s Pehredaar Piya Ki revolves around a 10 year old boy who is smitten by a girl who is almost double his age and ends up getting married to her.
Recently, at the launch of Star Plus’ upcoming drama Rishton ka Chakravyuh, Narayani who is playing an important character in the soap spoke her heart out .
We asked her about the ongoing controversy about the show, and she said, “I haven’t seen the promos of the show, so I should not judge, but from what I have heard about the show, it is about a 10 year old boy who is shown getting married to an 18 year old girl. The concept is bullshit. It doesn’t matter if the 10 year old is a girl or a boy, the idea is sheer bullshit.”
She further added, “But perhaps the show makers want to convey that whatever one will be witnessing in the show should not be emulated in reality. “
With lots of actors and audience bashing the show, let’s see what fate the show sees!