Warning: "continue" targeting switch is equivalent to "break". Did you mean to use "continue 2"? in /home/xpressv1/public_html/wp-content/plugins/revslider/includes/output.class.php on line 2941
 Star Jalsha’s Jhaanj Lobongo Phool to go off air - Xpress Vids 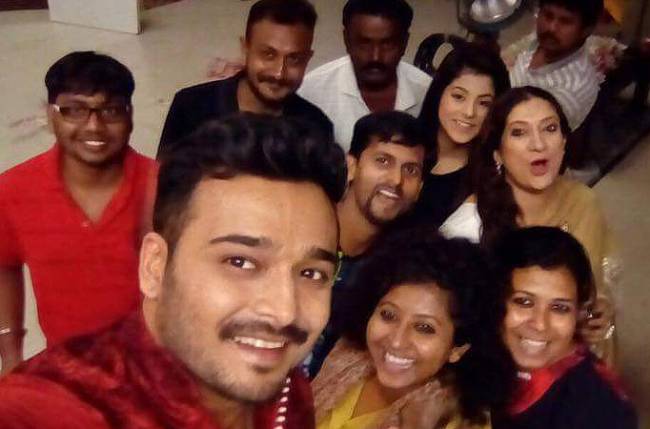 Sad news for the avid viewers of Star Jalsha’s Jhaanj Lobongo Phool!
The Shree Venkatesh Films’ daily, which launched in 20th June last year (2016), is all set to bid adieu to the audience.

We hear the last telecast date is 29th January.

When we contacted Rajdeep Gupta (male lead of the daily) to know about the reason of wrapping up so soon, he said, “Well, that’s the decision of the production house and the channel. As they say, everything has to end someday so, this one too had to end and guess the day has arrived.”

When we asked if he is going to miss the show, an emotional Rajdeep expressed, “I am going through lots of mixed emotions. Here I made too many bonding and too many memories. It was a short journey with lots of ups and downs. We had crazy schedules but we had fun as the team was superb.”

“Every show leaves you with lots of good memories to cherish. I will miss the team obviously. I will miss specially my (onscreen) mom, Swagata di (Mukhrejee). I have learnt a lot from her. It’s not just about acting but how to deal with things with a crazy attitude and positive energy,” he added.

And how is your bonding with Ishaa M Saha (female lead of the daily). He replied, “I have ragged her a lot and pulled her leg since day one. Poor soul will breathe in peace now.”

We also buzzed Isha, who too sounded emotional and said, “It was my first project. I have learnt a lot from each and every person here. I will miss it like hell. I’m going to miss my whole unit.”

So, how the story will end? “Well, it will end in the usual way: family bonding and the negative minds becoming positive and they live happily ever after,” said Rajdeep.
Will you miss watching Jhaanj Lobongo Phool?