Warning: "continue" targeting switch is equivalent to "break". Did you mean to use "continue 2"? in /home/xpressv1/public_html/wp-content/plugins/revslider/includes/output.class.php on line 2941
 Singing maestro Asha Bhosle to grace & TV’s Voice India Finale - Xpress Vids 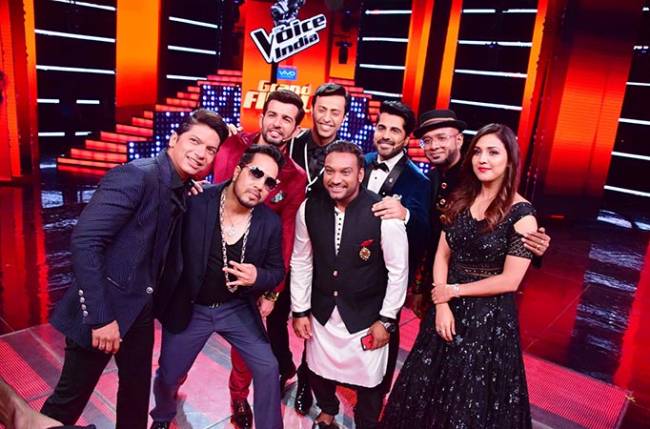 & TV’s flagship singing reality show The Voice India – Season 2 has now reached its ultimate phase wherein the one voice which has stood the acid test will emerge as the winner!!

With six contestants eyeing to become the winner, the dream of being part of the final battle in the Finale Round will come true for only four out of the six contestants!!

While it is Niyam Kanungo from Indore holding aloft the Team Neeti flag alone, it has been a lone battle all the while for Team Salim’s young singing sensation, Sharayu Date from Pune. Team Benny has two of his best contestants eyeing for the top spot in Akola’s Rasika Borkar and Mumbai’s Sona Vakil. And last but not the least, Team Shaan has the top-notch performers Parakhjeet Singh from Punjab and Farhan Sabir from Delhi giving stellar performances.
The Grand Finale will have the singing Legend Asha Bhosle gracing the show. And it will be a dream come true for the contestants to give their best shot in the presence of the singing maestro.

Also Anushka Sharma will be rapping it out with the contestants in the Finale and will also be seen promoting her flick Phillauri. Mika Singh and his energetic performances will add to the musical treat, and so will be Master Saleem and his sufi style singing…

Judges Shaan and Neeti will pair up for a superlative song and dance performance while Salim and Benny will set adrenalins pumping with their stupendous performance.

Are you all set for the musical extravaganza of Voice India Finale? Gear up for the treat tonight…