Warning: "continue" targeting switch is equivalent to "break". Did you mean to use "continue 2"? in /home/xpressv1/public_html/wp-content/plugins/revslider/includes/output.class.php on line 2941
 Shoaib to replicate SRK on Koi Laut Ke Aaya Hai - Xpress Vids

Kishwer Merchantt to do cameo in ‘Dhhai Kilo Prem’ 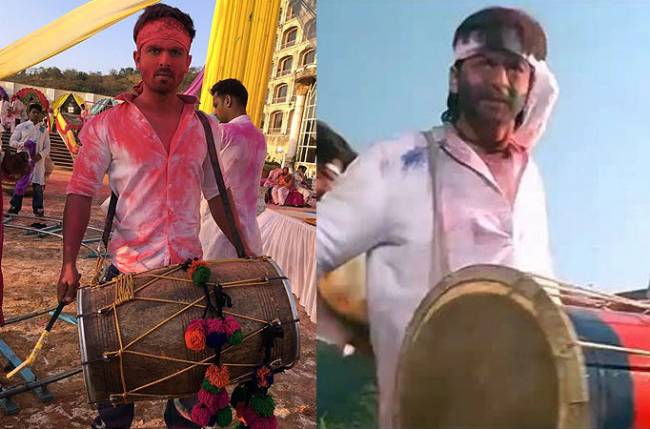 As Star Plus enters paranormal zone, the intrigue level for the explosive thriller, Koi Laut Ke Aaya Hai (Sphereorigins), increases with a heartbeat. What makes the show even more appealing is the ensemble cast of the show. Biggies like Surbhi Jyoti, Shoaib Ibrahim, Sharad Kelkar have been roped in to be to play the leads.

While the lead actors of the show are doing everything they can to get into the crux of their character, Shoaib Ibrahim recently took a moment of creative liberty in the show to replicate his favourite actor Shah Rukh Khan in a very spooky Holi festival moment. Shoaib Ibrahim who is an ardent fan of the King of Bollywood replicated the iconic scene from his movie Darr.
The sequence where Shah Rukh gate crashed as a band member with colour all over his face and shocks Juhi completely, was recreated by Shoaib in the exact same manner. He walked in with a star vibe and colour all over his face so no one could recognize him and walked in front of Surbhi (his romantic interest in the show) and shocked her. By the time anyone could realize that its Abhimanyu (Shoaib), he disappeared in thin air.

Shoaib who was very excited to be replicating his idol and making a mark for himself by doing an outstanding job, said, “I had to perform this scene with a lot of intensity so I performed the scene like the one Shah Rukh did in Darr. All hail to the king of Bollywood, it gives me inspiration to perform better.”
Interesting, isn’t it?