Warning: "continue" targeting switch is equivalent to "break". Did you mean to use "continue 2"? in /home/xpressv1/public_html/wp-content/plugins/revslider/includes/output.class.php on line 2941
 ‘Porus’ will show the grandeur of ancient India: Siddharth Kumar Tewary - Xpress Vids

End of love story for Sanaya Pithawalla and Anshuman Malhotra! 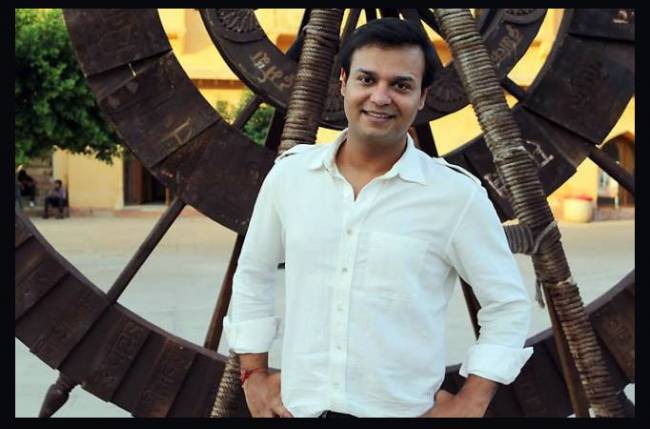 Sony TV’s upcoming magnum opus Porus is one show that we all are waiting for! It promises the grandeur of a period drama, gruelling performances and the display of some real good urdu linguistics.
Pouus would also be the concatenation of the Swastik Productions legacy in creating super successful mythological shows. Porus is based on the King Porus of the Paurava kingdom and his battle with Alexander the Great.
The cast boasts of the TV industry’s most talented actors namely Laksh Lalwani who is playing King Porus, IIra Dubey who plays Queen Olympias, Rohit Purohit playing Alexander, Rati Pandey, Ishita Ganguly,Aditya Redij, Suhani Dhanki and many more.
During a heart of hearts repartee with producer Siddharth Kumar Tewary, he spoke at length about the humble beginnings of the series to the mega-budget historical that it is today.
How was the shooting experience in Thailand?
ST: It was great and it was very challenging. We shot in three different locations: Pattaya, Surat Thani and Khao Sok Lake. One sequence was shot in the ocean which was a great deal of hard work. It took us an hour and a half to just get to the location. We were travelling by boats everywhere. I’m glad my entire team of actors were much focused.
How did you manage to bring together a cast of so many talented actors?
ST: (laughs) you should ask them how they managed to get the roles! We took a lot of auditions until we gathered this specific team.
Why did you choose Thailand as one of the locations?
SK: I chose Thailand because its topography matched the imagery I had in my mind for the scenes. Besides Thailand, we’ll be shooting at locations all over India
How much research have you conducted for this show?
SK: I was writing Porus for almost a year. I never stop at one book. I’ve gone through a large array of historical books to collect all the information. I also have a researcher who helped me.
What will be the USP of Porus in comparison to Swastik’s previous historical shows?
SK: The show is not just about how King Porus fought Alexander. It is going to be more than that. Porus will showcase the grandeur of ancient India. India was known as the Golden Bird at that time. We’re trying to show it exactly like that. As the history is from around 320 B.C. everything you will see about India is going to be different. Alexander might be an antagonist according to you, but show will decipher all the angles related to him too.
From the conversation, we have inferred that Porus is sure to be huge on the small screen. It surely promises to be one of a kind with the immense research that went behind the production. We can;’t wait to watch it. We wish team PORUS a successful show and all the luck to set the cash registers ringing.