Warning: "continue" targeting switch is equivalent to "break". Did you mean to use "continue 2"? in /home/xpressv1/public_html/wp-content/plugins/revslider/includes/output.class.php on line 2941
 Parth and Erica go the Alia and Varun way … - Xpress Vids

Parth and Erica go the Alia and Varun way … 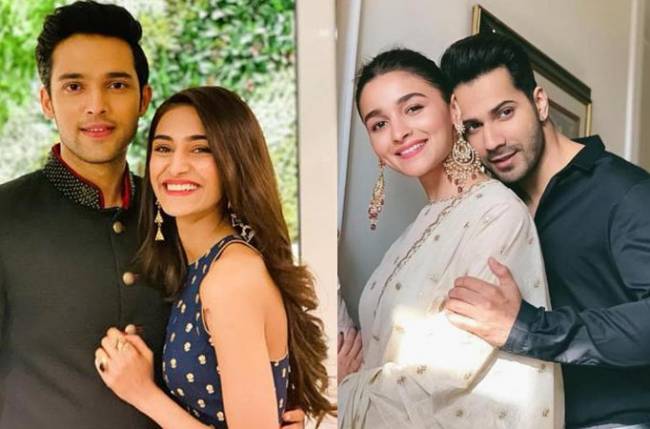 The lead pair of the show Erica Fernandes and Parth Samthaan, who play Prerna and Anurag, are extremely popular and have been grabbing eyeballs for their professional as well as personal lives.

The duo once shared an extremely special bond, and rumours were rife that they were more than friends but there was no confirmation about the same.

But today they share a special bond of friendship and the fans love to watch their chemistry on screen and duo have a massive fan following.

The two have won a lot of awards for the best Jodi, and their off-screen fun and masti is loved by all.

Now we came across a photo where you can see Parth and Erica are posing in the same manner as Alia and Varun from the movie Badrinath Ki Dulhania.

Parth is seen given Erica a peck on her cheeks just the same way how Varun gives Alia Bhatt.

The fans have commented on the post saying that this is the best Jodi ever and they both make a perfect couple on-screen.

Well, the two can definitely give a tough competition to Varun Dhawan and Alia Bhatt when it comes to creating magic on screen.

There is no doubt that Erica and Parth has become one of the iconic on-screen pairs on television.