Warning: "continue" targeting switch is equivalent to "break". Did you mean to use "continue 2"? in /home/xpressv1/public_html/wp-content/plugins/revslider/includes/output.class.php on line 2941
 Mika Singh teams with Salman for Dus Ka Dum - Xpress Vids

I took cue from Pranji’s films to play the bad guy on television : Keith Sequeira 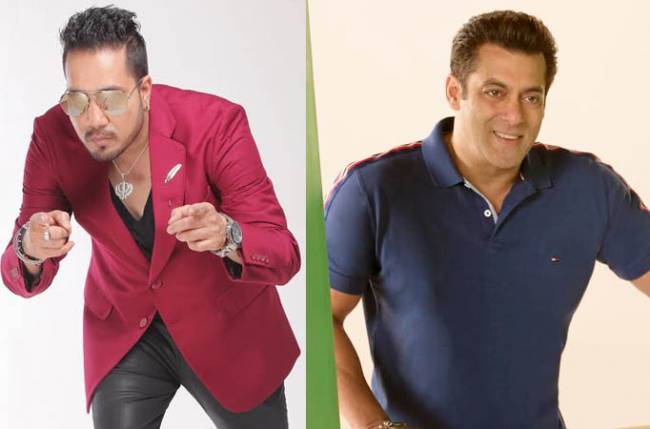 Mumbai: Dumdaar Salman Khan is back with the most awaited game show of 2018 – Dus Ka Dum which is making a comeback on Sony Entertainment Television after 9 long years. Mika Singh, known for his signature high energy performance and high-octane voice, will be lending his voice to the title track.

The music video will feature Salman Khan grooving to the foot tapping number, bringing alive his own desi funk and style. The song slated to be peppy, fun, energetic and catchy and will surely become a rage amongst Dus Ka Dum fans. The music video will be released soon on Sony Entertainment Television.

Says Mika Singh, “I am delighted to be singing the title track of Dus Ka Dum. There is a major recall value for Dus Ka Dum’s earlier title track, hence we had a huge task ahead of us to match up to the music taste of today’s generation. We have retained the song’s original flavour and given it a completely new twist and zing. It is always exciting to record for Salman bhai as, just like him, his songs need a certain amount of energy and I have always tried to match up to that. Just like most of the Indians, I am also huge Salman fan. He is like my older brother and I am eagerly waiting for the game show to come back and hear Dumdaar Salman’s signature DKD dialogue, ‘Kitne Pratishat Bhartiya’.”

The original song composed by Sajid-Wajid, this time will be reinterpreted by Adil-Prashant.