Warning: "continue" targeting switch is equivalent to "break". Did you mean to use "continue 2"? in /home/xpressv1/public_html/wp-content/plugins/revslider/includes/output.class.php on line 2941
 Krystle D’souza and Nia Sharma approached for Naagin 4? - Xpress Vids

Shweta Basu Prasad stresses on the importance of humour 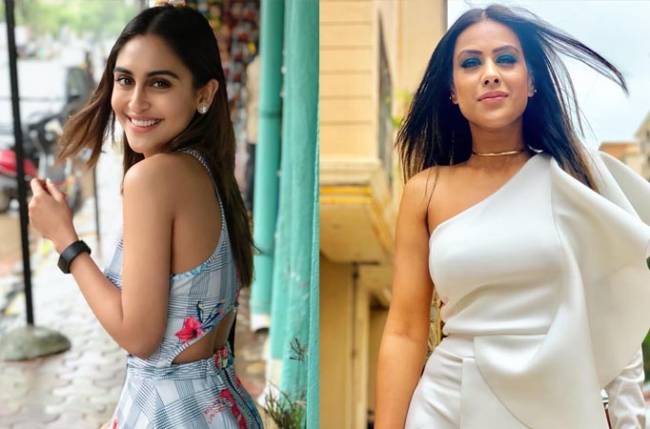 Content Czarina, Ekta Kapoor is gearing for the fourth season of Naagin franchise. But, the buzz of who will play ‘naagin’ in Ekta’s popular series is doing rounds in television circuit.

Recently, viewers were treated with a teaser as well. For the unversed, in the clip, we got to see two shape-shifting serpents. One was dressed in black while the other wore a golden attire and both are back to seek revenge.

As per latest reports, the makers of the supernatural thriller are keen to rope in Krystle D’souza of Ek Nayi Pehchaan fame and Nia Sharma who is currently featuring in Jamai Raja 2.0. For the unversed, Nia and Krystle have worked together in one of the popular TV shows called Ek Hazaaron Mein Meri Behna Hai. They played the role of Manvi Chaudhary and Jeevika Chaudhary respectively and they were loved by the masses. Earlier, speculations were rife that Surbhi Chandna of Ishqbaaaz fame may play the role.

Speaking of Naagin series, in season one, Mouni Roy, Arjun Bijlani, Adaa Khan and Sudha Chandran featured in key roles. It became one of the highest-rated shows on Indian television. It had premiered in the year 2015.

The second season started off in the year 2017. The season 2 starred Mouni Roy, Karanvir Bohra, Adaa Khan, Kinshuk Mahajan and Sudha Chandran. The third season which had started in 2018 had a different stars cast. Naagin 3 starred Surbhi Jyoti, Anita Hassanandani, Pearl V Puri, Rajat Tokas and Rakshanda Khan. As per reports, the new season will launch in November.