Warning: "continue" targeting switch is equivalent to "break". Did you mean to use "continue 2"? in /home/xpressv1/public_html/wp-content/plugins/revslider/includes/output.class.php on line 2941
 Kangana Ranaut finds her first crush on Indian Idol 9 set! - Xpress Vids

#Stylebuzz: Helly Shah ‘LOVED’ this; So will you!!!

TV celebs’ AWESOME tweets that you must checkout 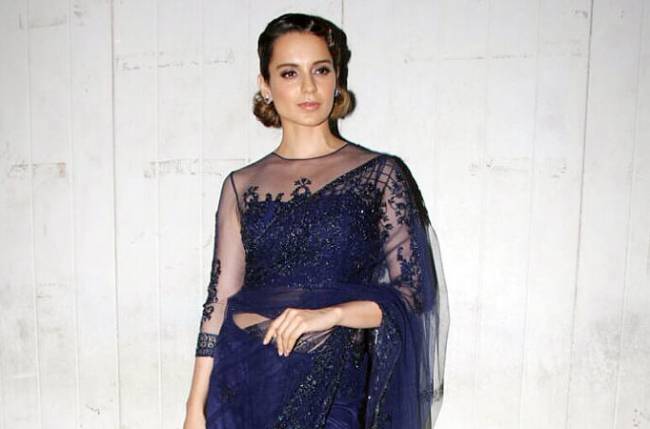 It’s not every day that one of the most beautiful actresses expresses her admiration on a national platform. But it was a special day as none other than Kangana Ranaut along with her co-actors Shahid Kapoor and Saif Ali Khan made an appearance on the sets of Sony Entertainment Television’s Indian Idol 9. While the show is known for offering a platform to the undiscovered talented singers across India, the unexpected happened as Kangana revealed her secret crush on the set.

The actress could not resist herself from letting everyone know that Sonu Nigam was her first crush. She even called her the voice of romance and has always admired his personality. Farah Khan pointed out that Sonu was blushing and everyone present on set could not control their laughter. Kangana also requested him to sing the Main Hoon Deewana Tera song and Sonu did fulfil her wish.

A source from the set informs, “Kangana mentioned she had a crush after Sonu Nigam’s Main Hoon Deewana song became a huge hit. She requested him to sing the song for her on the set and Sonu fulfilled her wish. Kangana was all praises for his performance and thanked him for the sweet gesture.”