Warning: "continue" targeting switch is equivalent to "break". Did you mean to use "continue 2"? in /home/xpressv1/public_html/wp-content/plugins/revslider/includes/output.class.php on line 2941
 “It’s not FUNNY”, bellows Shivaji Satam on his ‘heart attack’ hoax - Xpress Vids 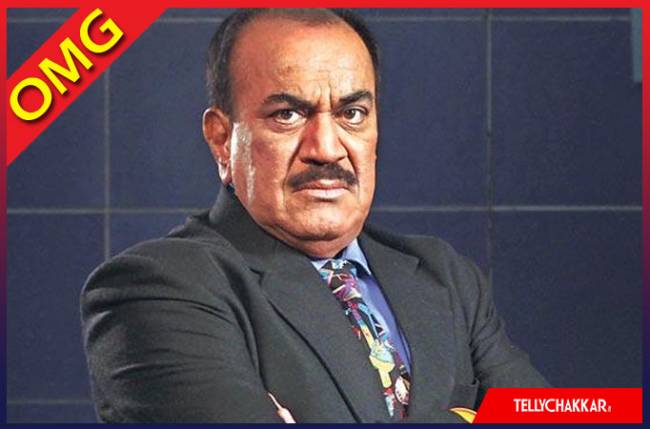 The entertainment industry has just recently gotten over the ‘death hoax’ of the very popular Aishwarya Rai Bachchan.
We now hear of the entire TV fraternity going through a shock wave recently over the critical health condition of popular actor Shivaji Satam, who has been donning the role of ACP Pradyuman for over 18 years now, in the cult Sony TV show, CID (Fireworks Productions).
Yes, the news that upset many loyal fans of the long-running show two days back, was that of Shivaji Satam suffering from a massive heart attack owing to which he was in a critical condition.
As per certain reports in media, Shivaji’s on-screen character ACP Pradyuman will breath his last in the show, and CID will apparently end in the month of January next year. However, when these rumours spread, it apparently took a rather different route, and came across as though it was Shivaji who suffered from a heart attack in real.
There was a panic mode on, with the news spreading like wild fire. And Shivaji who was hale and healthy, shooting for the Sony TV show apparently got perplexed when he started receiving calls from family, friends and well-wishers inquiring about his health.
In a hearty conversation with Tellychakkar.com, Shivaji Satam conveyed his displeasure over the rumour. “I really do not know how it originated and why it happened. I guess none of us know about it. All I know is that one fine day, I started getting calls from people who have known me. They were apprehensive to start a conversation; they were scared and frightened to know about my health condition. They wanted to know whether I was really well or not. To tell you shortly, there was a panic situation created.”
Shivaji Satam, who is known for his stellar performance in the crime show CID, was very clear and firm in conveying that this was indeed in bad taste. “The rumour caused lot of trauma to people who know me. I got to know of it when my son told me. See, even if you write me off, it does not scare me. But what about the people who are close to me? You are playing with someone else’s emotions. I urge people not to write or report anything stupid as you are creating a lot of grief to those dependent and close to the person you are writing about. I got calls from all who know me, from Sony TV, from Fireworks and the news was really in bad taste. It can be fun for someone, but certainly not for few.”
We understand your point!! Cheers to your spirit!!