Warning: "continue" targeting switch is equivalent to "break". Did you mean to use "continue 2"? in /home/xpressv1/public_html/wp-content/plugins/revslider/includes/output.class.php on line 2941
 Gaming on the Edge: Here are the character teasers for Amazon Prime' Video's Inside Edge 2 - Xpress Vids

I believe age is just a number: Meera Deosthale 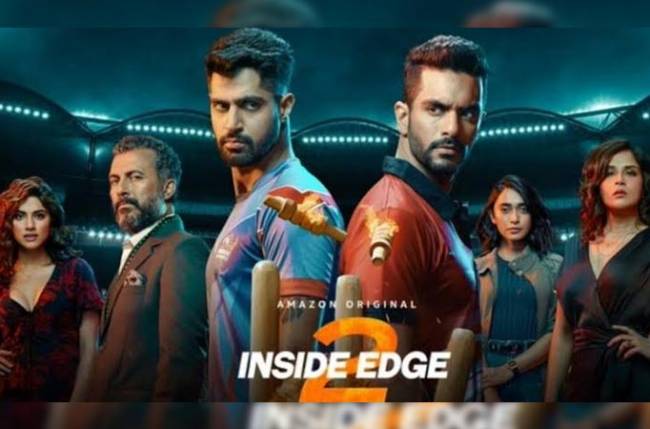 Amazon Prime Video’s Inside Edge, the first Indian original series from Amazon, is back with its much-awaited season 2. The makers recently dropped the trailer giving us the briefest of glimpses at the return of the cricket-themed drama. Today, the makers dropped individual teasers for the main characters, the 30-second teaser is half made up of footage from the first season of Inside Edge, with the other half teasing the “Game beyond the game”.

The trailer of the sophomore run of its first original series offers a peek at the myriad storylines from Zarina Malik’s (Richa Chadha) continued attempts to go up the ladder to Prashant Kanaujia (Siddhant Chaturvedi) pushing himself beyond the limit. The makers took to their twitter handle to unveil the characters teasers all the characters and the excitement has gone a notch higher.

The first to captivate with her charm is Mantra Patil played by Sapna Pabbi who is here to win. The makers have posted the teaser captioning it, “She steps in not to change the game, but to claim it. #InsideEdge2”.

Making her way into the game is Sayani Gupta as Rohini Raghavan. Statistics and numbers form the crux of any game, off the field or on the field. The handle says, “She’s not going down without a fight and she’s got the statistics to prove it! #InsideEdge2”

Angad Bedi is back as Arvind Vashishth to change the game. “New team, new challenges but the same old unstoppable fire #InsideEdge2”

It’s in his nature to change the game. But he is definitely not our last man standing. Introducing Tanuj Virwani as Vayu Raghavan. “The star player is in his element and is ready to turn the game around in his favour. #InsideEdge2″

Introducing a new character ” Yashwardhan Patil (Bhaisaab)” played by Aamir Bashir. His enchanting look burning Vikram Dhawan’s magazine outlines that the game will get bigger and much dirtier in order to get hold of power. “Play his game and be on his side or else witness the mastermind’s wrath. #InsideEdge2”

Zarina Malik played by Richa Chadha believes that Everything is justified in the race of power. “The match is underway and she only plays for the win. #InsideEdge2”

Winning is an addiction. To dance with the devil you have to be a little crazy is the mantra that Vikrant Dhawan played by Vivek Oberoi lives by. “He might be wounded, but he sure isn’t ready to back down! #InsideEdge2”

Makers have been keeping the intrigue alive by not revealing much about the story. The second season is also produced by Farhan Akhtar and Ritesh Sidhwani under their banner Excel Media and Entertainment and it will premiere on 6 December on Amazon Prime.