Warning: "continue" targeting switch is equivalent to "break". Did you mean to use "continue 2"? in /home/xpressv1/public_html/wp-content/plugins/revslider/includes/output.class.php on line 2941
 Divyanka Tripathi wraps up Baroda schedule for Coldd Lassi Aur Chicken Masala - Xpress Vids 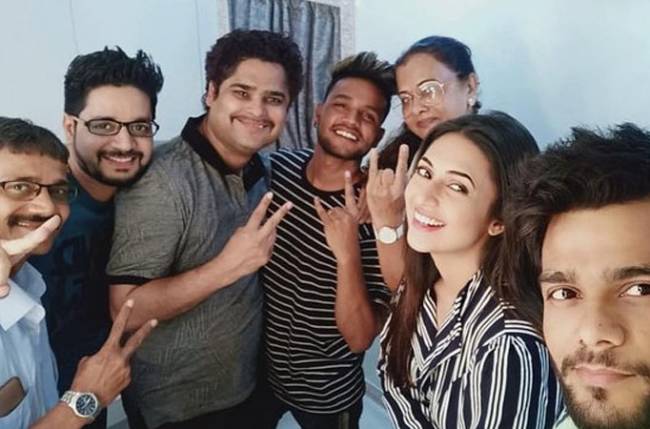 MUMBAI: It’s a happy phase for Divyanka Tripathi Dahiya, who is one of the popular and loved television actresses. She is a part of several projects, and is doing well for herself.

Currently, she is playing the female lead role in Yeh Hai Mohabbatein, and she is also seen as the host in the singing-based show, The Voice.

To add another feather to her cap, Divyanka is making her digital debut with Coldd Lassi Aur Chicken Masala.

It is Ekta Kapoor’s upcoming web show and stars Table No.21 fame actor Rajeev Khandelwal opposite Divyanka. The web show will feature them as management students. The actors will be seen as chef for the first time.

Recently, we reported that the actors were shooting in Vadodara.

Now the latest update is the first schedule which was taking place in Baroda has been wrapped up.

Divyanka took to her social media page and shared a photo wherein she can be seen happily posing with her team to mark the end of Baroda’s shooting schedule.

“Wrapped up Baroda schedule for #CLACM with my #TeamIncredible! Missing a few very important people in this picture though,” Divyanka captioned the photo.