Warning: "continue" targeting switch is equivalent to "break". Did you mean to use "continue 2"? in /home/xpressv1/public_html/wp-content/plugins/revslider/includes/output.class.php on line 2941
 Divya Drishti actress Parul Chaudhary feels BLESSED to have received her dues on time; gives credit to Creative Producer Mukta Dhond! - Xpress Vids 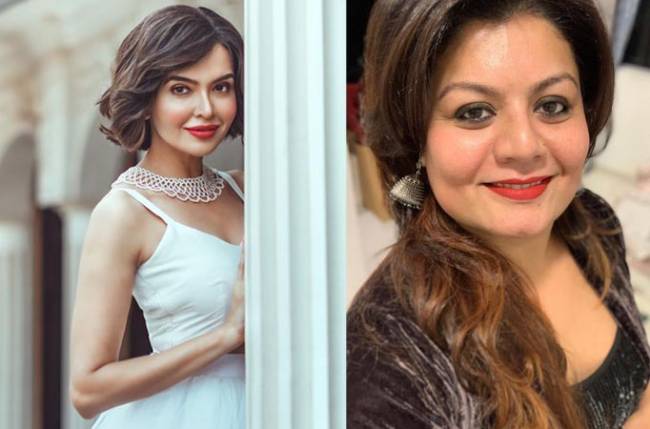 There has been a lot of talk how the unit of Hamari Bahu Silk have not been paid their dues.

Infact, some of the members of the cast and crew have even gone on record to say that if they aren’t paid, they would not be in a position to survive and may even resort to committing suicide. Many actors such as Vinit Kakar, Adhvik Mahajan and the others showed gratitude and felt that they were blessed to have received their dues in such a difficult time of Covid-19 too.

In the midst of this, actress Parul Chaudhary, who recently entered Kasautii Zindagii Kii took to social media to share a picture of a writeup which described the tough times the actors and the unit is going through and mentioned how blessed she is. She gave the credit to Creative Producer of Divya Drishti, the supernatural show she was a part of with Adhvik Mahajan and others. 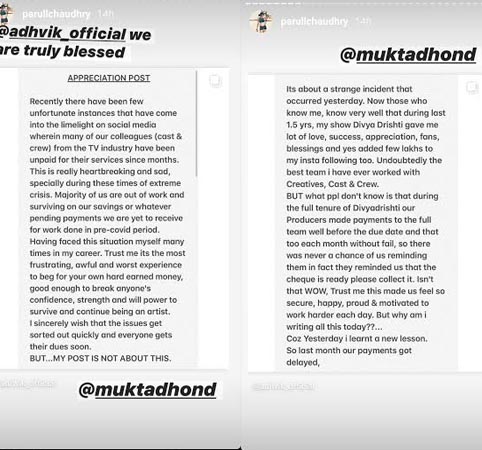