Warning: "continue" targeting switch is equivalent to "break". Did you mean to use "continue 2"? in /home/xpressv1/public_html/wp-content/plugins/revslider/includes/output.class.php on line 2941
 Colors Bangla’s Resham Jhanpi to complete 500 episodes - Xpress Vids

What? Aditya to confess his love for Zoya in Bepannaah! 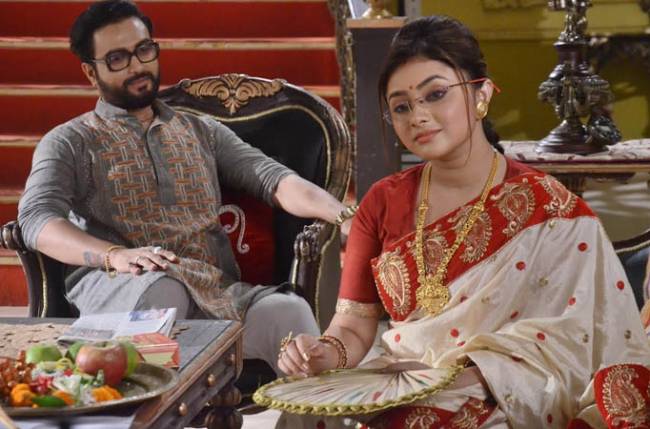 Kolkata: It’s time to congratulate the team of Resham Jhanpi! The TV serial, which airs on Colors Bangla, is set to complete 500 episodes on 28 July.

The Bengali show initially borrowed from the premise of Hindi series Udaan but soon drifted from the original storyline and gained soaring popularity. Its lead pair Nandini (Sohini Guha Roy) and Surjo (Arko Jyoti Paul) are popular among viewers.

The show has taken a leap since then, focusing on the journey of Nandini–Surjo’s two daughters: Rani (Pratyusha Paul) and Bonya (Soumi Chakraborty). The matriarch of the Bosethakur family and prime antagonist of the show, Rupmoti is one of the popular characters. Well-known film and television actress June Malia plays the character.

Recently, Resham Jhanpi introduced a new storyline with Gouri, character who is forced by her aunt and uncle into duping simple village folks by posing as a ‘devi’. Gouri is played by Sudipta Chakraborty of Ishti Kutum and Bikele Bhorer Phool fame.

Actors like Nandini Chatterjee (who was last seen in Mayar Bandhon) and Boshisattwa Majumdar have also joined the cast. How Gouri and Rani’s paths cross and their lives intertwine form the crux of the next lap of the show.