Warning: "continue" targeting switch is equivalent to "break". Did you mean to use "continue 2"? in /home/xpressv1/public_html/wp-content/plugins/revslider/includes/output.class.php on line 2941
 CID creates history; completes 20 years! - Xpress Vids

Five ‘FUN’ Tweets of Debaparna Chakraborty you must see 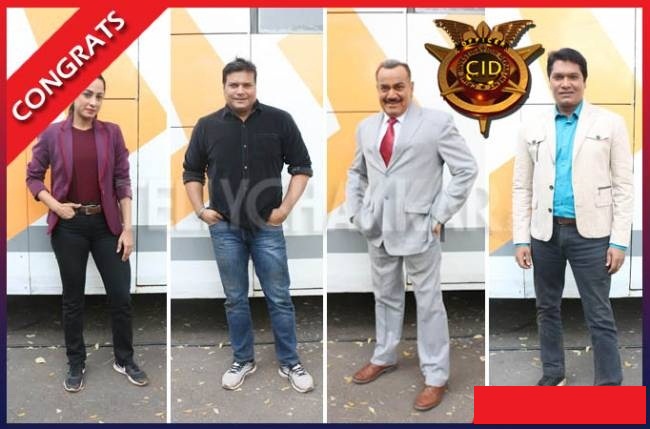 Generations have literally grown watching these idols on screen! That’s the kind of impact that CID has been creating for years and this achievement cannot be replicated in television so easily!!

Started in the early 90’s it is a proud moment for the Producer B.P Singh and the entire cast and crew of the show who have been associated with the show since its inception and continue to do so.

Amongst the characters of team CID, Daya (Dayanand Shetty) has been seen slapping criminals for 20 years now and every time, the slap is enough to force a confession. And how can one forget when ACP Pradyuman tells Daya – “Daya, darvaza tod do” which is more famous than the show itself!

In rendezvous with Dayanand, he joyfully averred, “It has been 20 years and there is no show in the world to have marked such an inning with an intact core team. We are fortunate and now when I think of it, everything fell into place…I think this was destined! This happens once in a lifetime. We are working together from 1998 and it is not always that such a thing happens.”

The man tallying his actions with Daya and sharing quite a chemistry is ACP Pradyuman played by Shivaji Satnam. It is only after his dialogue – “Kuch toh gadbad hai Daya” that the story is tweaked much to the audience’s visual delight!

A proud and elated Shivaji shared, “It is a huge achievement! It is a rare accomplishment and we are blessed. We have completed 20 years and we are still batting…standing at the crease more confidently than before. No show can sustain if the characters aren’t loved and it is only because of the people who watch us that we would attain this feat of completing 20 years! Sometimes I feel that God also must be watching CID else it wouldn’t be possible to reach where we are today.”