Warning: "continue" targeting switch is equivalent to "break". Did you mean to use "continue 2"? in /home/xpressv1/public_html/wp-content/plugins/revslider/includes/output.class.php on line 2941
 Avika Gor’s impactful dialogue in Laado 2 echoes every young married woman's perception of 'Mangalsutra' - Xpress Vids

Love has no gender: Nia Sharma

Probably everyone wants to work in cinema: Diya Mukherjee 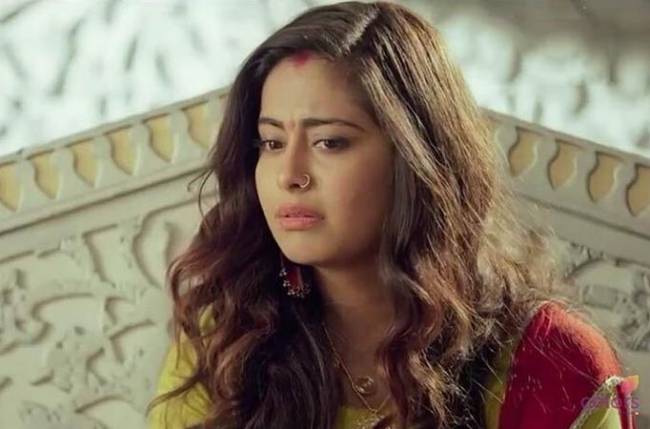 A traditional Indian norm that probably every married woman finds discriminating towards her own gender is the custom of wearing accessories that symbolise marriage. Every woman has that one question she wants an answer to – “Why am I forced to wear sindoor and mangalsutra?”

This norm came into being probably after the Vedic days ended and this belief system has been instilled in each traditional Hindu Indian. But, what is astonishing is that Indian culture dictates only women to wear objects that indicate their marriage. Why so?

In the Indian culture, what people fail to understand is that for a woman, wearing the traditional ornament or accessory is a way to express her feeling of love, belonging and affection. This isn’t a mere symbolism that differentiates married and non-married women or something that denotes that the ship has sailed for a man to try on.

And in that case, shouldn’t a man be bearing something which signifies his martial status?

This issue is not only a societal problem but is a part of every household. What about personal freedom? And why are only women bound by it? Also, in terms of habits, why is it that only women are expected to change in terms of attitude and behaviour and the men can retain their habits?

Well… a particular part of this subject was addressed in the episode aired in Laado 2 yesterday on Colors where the show’s female protagonist, Avika Gor aka Anushka hit back politely when she was questioned and lectured on not wearing the ‘sindoor and mangalsutra’.

Avika gave a befitting reply to her in laws by stating how the sindoor and mangalsutra are worn by women as it is their way of showing love and affection. So when it comes to her and Yuvraj (Shaleen Malhotra), they share no such bond which an ideal husband-wife would share.

Watching this, our thoughts ran a step ahead that as women, why is it that we are made to follow a compulsory method to show our love while we can do it in so many other ways which may not constitute wearing red and gold all over one’s body?