Warning: "continue" targeting switch is equivalent to "break". Did you mean to use "continue 2"? in /home/xpressv1/public_html/wp-content/plugins/revslider/includes/output.class.php on line 2941
 Asha Negi in Ludo, Krystle D'Souza in Chehre! Whose Bollywood debut are you excited for? - Xpress Vids 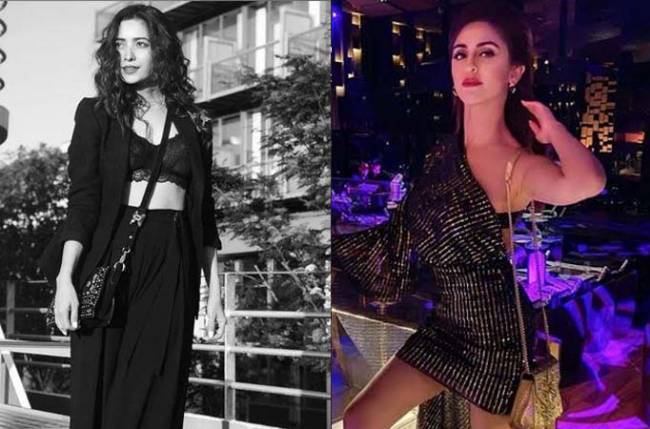 The year 2019 saw a lot of TV stars who made their big Bollywood debut and established a name for themselves. And now, 2020 is here and we are going to see many TV stars who will be stepping in the world of films this year. Among them are two popular faces of the small screen Asha Negi and Krystle D’Souza. Yes, you heard it right!

Both Asha and Krystle have gained lots of popularity in the Telly world and are now taking their career to the next level by starring in films.

Krystle D’Souza had announced her big Bollywood project a few weeks back on her Instagram account which had made her fans super excited and thrilled about it. The actress will be seen in the film Chehre alongside megastar Amitabh Bachchan and Emraan Hashmi in the pivotal roles. The actress is very excited about her first film and so are her fans.

Meanwhile, Asha surprised her fans by sharing the news about her debut Bollywood movie on her Instagram account recently. The actress shared a poster of her film Ludo which is a multi-starrer flick starring Abhishek Bachchan, Rajkummar Rao, Aditya Roy Kapur, Fatima Sana Sheikh, Sanya Malhotra and Pankaj Tripathi among others. Fans were left super happy and excited to hear this news.

Interestingly, Krystle and Asha’s film will be having a box-office face-off on 24th April this year. It will be interesting to see which film wins the box-office race. So, whose Bollywood debut are you excited for, Asha or Krystle? Tell us in the comments.